The world must respond to the cry of Iraq’s Christians 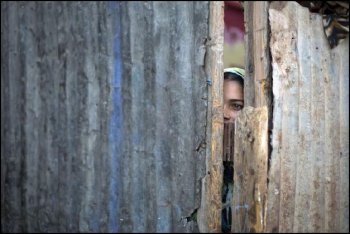 Religious cleansing in Iraq is making a "hateful mockery" of international law which should protect people and uphold their freedom to follow our own beliefs, argues Lord Alton

The last Christian has now been expelled from Mosul. The light of religious freedom, along with the entire Christian presence, has been extinguished in the Bible's "great city of Nineveh" — the centre of Christianity in Iraq for two millennia. This follows the uncompromising ultimatum by the jihadists of Isis to convert or die.

On Sunday Pope Francis expressed his profound anguish: "Our brothers are persecuted, they are cast out, they are forced to leave their homes without having the chance to take anything with them." The UN Security Council has denounced these crimes but we desperately need to do more.

Before pitilessly exiling the Christians on foot, Isis stole everything they had — homes, businesses, cars, money and even wedding rings, sometimes with the ring fingers attached. Churches have all been destroyed, shuttered or turned into mosques.

Isis has taken a sledgehammer to the tomb of Jonah, replaced the cross with the black Islamic flag on top of Mosul's St Ephrem's cathedral, and beheaded or crucified any Muslim who dared to dissent.

Even before the arrival of Isis, targeted persecution of Iraq's Christians, who still pray in Aramaic, the language of Jesus, was ignored. The numbers in Mosul have gone from 30,000 to zero.

Iraq is now a disintegrating failed state. The only people who have successfully withstood Isis are the Kurdish Peshmerga forces. To their credit, the Kurdish leadership has been generously offering safe haven to Mosul's fleeing Christians and has asked for international aid to help it do so. This crisis justifies huge humanitarian and resettlement aid that could include micro and business loans to help people to help themselves. The West must also press the Gulf to end the funding of Isis.

Overall the world must wake up urgently to the plight of the ancient churches throughout the region who are faced with the threat of mass murder and mass displacement. The UN claims it has "a duty to protect", while Article 18 of the 1948 Universal Declaration of Human Rights, born in the embers of the Holocaust, insists that each of us must be free to follow our own beliefs.

The religious cleansing and unspeakable bigotry at work in Mosul makes hateful mockery of both.

Lord Alton of Liverpool is a crossbench peer and this week lead a House of Lords debate on Article 18.This article first appeared in The Times and is reproduced here with kind permission of the author. The views expressed in this article are those of the author and do not necessarily represent those of the NSS.