BBC poll shows that religious people give more to charity than non-religious. Maybe... 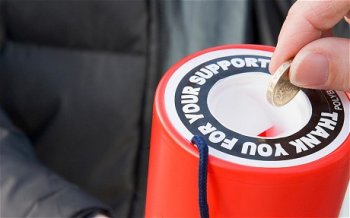 Here we go again – the BBC has commissioned a survey that apparently shows that religious people are more likely to give to charity than non-religious people.

If you look at the results, you see that the difference in charitable giving between believers and non-believers is not that big. The headline results state:

What the poll does not tell us is what the religious people donated their money to.

This is important because a similar poll in America ran with the headline that the Southern States of the USA (the ones shown to be most religious) gave significantly more to charity than the Northern States (least religious). But when you took out the donations given directly to churches rather than to humanitarian charities, the figures reversed. The Southern States were donating vast amounts to their churches, most of which was spent directly on church activities such as building maintenance, salaries and proselytising. The Northern States were donating to real charity that directly helped people in need.

In this country, every donation made to a church counts as charity and is presumably included in these latest figures and will benefit from tax relief that will be provided by us all, believer and non-believer alike.

However, I suspect that this poll will be grabbed by some as implicit proof that religion makes people "better" or more compassionate. Non-religious people, some religious leaders will rush to explain, have no reason to be sympathetic to the plight of others. Nor are they compelled by the religious injunctions that guide believers. Which, in turn, leads to the conclusion that atheists have no real moral compass.

The only trouble with this reasoning is that it isn't true.

I'm really sorry to have to even make this argument – it shouldn't matter who gives what to charity or what their motives are - but given that the BBC has decided to make an issue of it, here we go:

Every year, Forbes magazine lists the fifty most generous charitable givers in theUnited States (and therefore, the world). The first three on the list are all self-declared atheists.

The previous possessor of the record for charitable giving before these three came along was Scottish-born Andrew Carnegie, a steel industry mogul, once the second richest man in the world, who also gave billions to aid the poor and the uneducated – and who was also a self-defined non-believer.

Personally I find these polls aimed at boosting the image of religion and implicitly criticising the non-religious to be rather sad. They indicate a kind of inferiority complex among some Christians, a constant need to be reassured that they are morally superior.

When there is a big appeal on TV, for instance, such as Children in Need or as when the tsunami struck South East Asia, vast amounts of money are donated by the British people. These hundreds of millions cannot all be generated by the generosity of religious believers.

Not when you take into account another, far more interesting finding from the survey (a finding which, for some reason, the BBC chose not to highlight).

When asked the question: "Do you practise a religion? By practising we mean that you pray, read a holy book weekly or attend religious services of gatherings at least once a week."

Given what statisticians are always telling us, about people overstating their religious observance in polls, it is likely that this disinterest in practising religion is even more dramatic than the present figures indicate.

It is a sorry thing for the BBC to have produced this poll and then spun it in the way it has. It adds fuel to a religious fire that need not be burning.