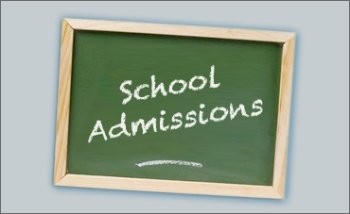 Rather than a faith-based ethos, Terry Sanderson argues that it's selection that allows faith schools to outperform other schools – and calls for fairer admissions policies to ensure a level playing field for all.

The headline in the Coventry Telegraph was pretty unequivocal "Coventry Faith Schools Report Better GCSE results than other city schools".

As far as the dwindling number of enthusiasts for religion-based schools are concerned this is the reason we need "faith schools". They achieve. Their ethos of religion and, by implication, superior morality, makes them better academically as well.

It's a myth enthusiastically reiterated by the assistant head at the Coventry Blue Coat Church of England School, Matthew Connor-Hemming, who told the Coventry Telegraph: "The faith ethos enables students to excel in their studies, thrive in the wide range of activities on offer and develop into caring individuals with a strong desire to positively change the world around them."

Leaving aside the implication that community schools are hotbeds of depravity, what Mr Connor-Hemming failed to mention is that all four of the city's "faith schools" have entry criteria with which only the most determined and pushy parents will be able to comply.

The sort with sharp elbows and the confidence to negotiate the mire of "faith selection".

The busy, working class and disadvantaged parents might also want the best for their children's education but be completely unable or unwilling to (a) suddenly find a commitment to a Christian faith that has heretofore been entirely lacking or (b) be able to negotiate the barriers put in their way by a system that deliberately seeks to exclude their difficult or low-achieving child.

Look at the Blue Coat Church of England school's admission criteria, for instance, which has 203 places for "faith applicants" (vicar's letter to confirm regular church attendance of parents and child required), and 37 "open places". On the application form for the "open places" parents are also required to tell of their commitment to faith and how many times they go to church. So, what "open" means in this context seems entirely up to the church authorities.

The four Christian faith schools in Coventry will be joined next year by Sikh and Muslim free schools.

Do we need to say that those Muslim and Sikh children who are presently attending community schools, and providing the much needed platform for integration, will now be drawn away to spend the day exclusively with others of their own (or, at least their parents') religion? They will be educated by people likely to have a conservative and traditionalist mindset who will – deliberately or not – discourage their pupils from being full participants in the surrounding culture.

Faith schools are a disaster, whichever way you look at them. They are justified with a mythology of achievement that is only possible by unjust selection.

To quote the joint divisional secretary for the National Union of Teachers, Jane Nellist: "I don't think you can say that having a faith makes you brighter. The better exam results are a combination of other factors. Outcomes are still very much about class and about economics. If you are from a deprived area you are much less likely to achieve well. In other parts of the country there are religious schools that are struggling and have been found wanting by Ofsted."

It is good that there is now a national debate at last about whether "faith schools" are an asset or a hindrance to our education system and the nation's cohesiveness. On the evidence of the poll by the Observer, it seems that now a majority have reached the conclusion that this unfair and unnecessary system should end.

Applying equality legislation to publicly funded schools should not be controversial. Of course the churches are not going to willingly give up their privileges, but the next Government must give the whole system a thorough examination and insist that all schools operate fair admissions, free from faith-based discrimination.