The English Catholic Church and the Sex Abuse Crisis 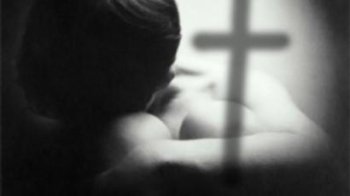 In England, Catholic leaders have fostered the impression that the English church has been relatively scandal-free, and that such problems as did exist were eliminated by the Nolan reforms. A new book by Richard Scorer, head of the abuse unit at Slater & Gordon lawyers, interrogates that claim.

The excellent campaigning work by the NSS on the Catholic abuse crisis has focussed on the Vatican, and with good reason: the Vatican stands at the apex of the worldwide Catholic Church, a uniquely centralised institution, and the Vatican must bear primary responsibility for the culture of denial and cover up which has now been exposed in Catholic institutions around the world. But in challenging the Vatican, we should not overlook events nearer home. In England, Catholic leaders have fostered the impression that the English church has been relatively scandal-free, and that such problems as did exist were eliminated by the Nolan reforms, a raft of changes to child protection introduced in 2001. In my book, Betrayed: The English Catholic Church and the Sex Abuse Crisis, published on 27 March, I interrogate that claim. By examining the detail of cases over a 50 year period, I show that the patterns of institutional denial and cover-up that have characterised the Catholic abuse scandal in other parts of the world have been pervasive here too.

I also examine whether the Catholic Church in England has dealt successfully with past problems, as it claims. Underlying this issue is a tension between the secular approach to child protection and the approach mandated by canon law, the internal law of the Catholic Church.

At the heart of modern child protection is the 'paramountcy principle'. This is the legal principle that the interests of children have primacy and so (for example) if a person is suspected on credible evidence of abusing children he/she may be suspended from contact with children whilst a full investigation takes place. Canon law operates very differently: a priest cannot be suspended without a full canonical trial and a verdict meeting the standard of 'moral certainty'. That canonical trial, of course, would be presided over, in secret, by the suspect's fellow priests, so as a mechanism for dealing with abuse allegations canon law is inherently unsuitable.

The history of Catholic abuse scandals in England and Wales shows why the secular approach to child protection is so necessary. Time and again, allegations about priests were simply dismissed or the priest was moved elsewhere where he would be free to abuse again. The protection of the institution was paramount, not the protection of children.

As a result of various scandals, in 1994 the Catholic church of England and Wales issued guidelines for dealing with abuse. These guidelines included, in theory, support for the paramountcy principle, but the guidelines had no legal force within the church and so were completely ineffective. In my book I give examples of cases where the guidelines were simply ignored by Bishops, resulting in paedophile priests being allowed to carry on abusing children.

Continuing scandals throughout the 1990s forced the English church to introduce the Nolan reforms, a further and, on the face of it, more comprehensive raft of changes to child protection in 2001. Nolan endorsed the 'paramountcy principle'. Since 2001, the Catholic Church has maintained that it has 'gold standard safeguarding' in England and Wales. So how safe is Catholic safeguarding now?

It is true that the Catholic Church is England is now better than it was at reporting new allegations to the statutory authorities, although many victims some would say the level of media attention leaves it with little option. A mandatory reporting law, which we urgently need, would ensure that there is no scope for backsliding. But there have also been flaws in the Nolan process. For one thing, Nolan did not cover the whole Catholic church, so we have seen continuing scandals in Catholic institutions in the past ten years: at one Catholic (Benedictine) school attached to a monastery in West London, a monk was found by a civil court in 2006 to have abused a child, but the monk continued to have access to children and subsequently went on to abuse another boy, offences for which he was later convicted. Secondly, the church continues to resist support and fair compensation for victims, exploiting every possible legal loophole. Thirdly, the church has failed to laicise (defrock) convicted priests speedily and transparently as recommended by Nolan. To give just one example, 2 priests convicted and jailed in 2005 of sexual abuse of children at Ampleforth were still appearing in the official list of priests of England and Wales in 2008, some 3 years after their convictions and seven years after the Nolan reforms were supposed to have taken effect.

Moreover, the paramountcy principle is still not embodied in the law of the church. In a review of the Nolan reforms in 2007, Baroness Cumberlege urged that the paramountcy principle and the rest of the Nolan package be given 'recognitio' by the Vatican, i.e. recognised as part of the formal law of the church. Seven years on, this has not happened, so the Nolan reforms remain merely 'recommendations', not obligatory legal norms, and can be disregarded if a Bishop so chooses - precisely the problem with the previous set of guidelines in 1994.

It is unclear why 'recognitio' has not yet been secured. When I raised this point last week, Danny Sullivan, of the National Catholic Safeguarding Commission, told The Tablet that he is currently in discussions with Rome about the 'possibility' of recognitio. But we are seven years on from the Cumberlege report which urged this. Why the leisurely pace? We can only guess, but given past history survivors cannot start to have confidence in current safeguarding arrangements until modern child protection principles have legal force in the Church.

The views expressed in our blogs are those of the author and do not necessarily represent the views of the NSS.