No, Mr Clegg, there is no "liberal dilemma" when animal rights and religious beliefs conflict 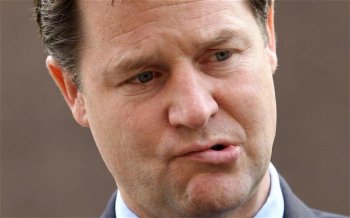 Nick Clegg's reasoning behind his opposition to a ban on Kosher and Halal slaughter is inherently contradictory when set aside his views on LGBT rights, argues John Stephenson, who says when animal rights and religious beliefs conflict, it is religion that needs to be shown the door.

British Deputy Prime Minister Nick Clegg has shown his true colours as of late by declining to prioritise the welfare of animals ahead of religious practise. In an interview with the London-based radio station LBC, the leader of the Liberal Democrats told host Nick Ferrari that, while he wanted to see animal suffering minimised, he "emphatically disagreed" with the prospect of prohibiting both halal and kosher slaughter in the UK.

This was in response to a query from a listener asking if he agreed with the practises being effectively outlawed by Danish Minister for Food, Agriculture and Fisheries, Dan Jorgensen – a move which John Blackwell of the British Veterinary Association is calling for in the UK.

At present, Muslim and Jewish communities can claim exemption from a law found in The Welfare of Animals (Slaughter or Killing) Regulations 1995, which necessitates the stunning of animals before they are slaughtered.

Although there are differences between traditional Jewish (Shechita) and Islamic (Halal) slaughter methods, both involve the cutting of an animal's throat with a very sharp knife, in many cases without any form of stunning.

However, though Mr Clegg's comments have been met with condemnation throughout the media and public domain in general, such a view has been defended by political and religious commentators who stress the supposed sanctity of both liberal and political values.

Nick Thornsby for example, writing for the influential blogsite "Liberal Democrat Voice" was in disagreement with Clegg but sought to defend him, referring to his position as the result of a complex issue and a "liberal dilemma".

What's more, Jonathan Arkush, vice-president of the Board of Deputies of British Jews claimed that the process is actually humane, the cut being efficient enough to "bring about an immediate and irreversible loss of sensation and death".

While the legislation's compatibility with liberal values can be debated, the claim that the slaughter method brings death immediately is simply false. In fact the Farm Animal Welfare Council (FAWC) in 2003 published a report outlining the likelihood of an animal which had foregone stunning, suffering at the hand of such methods, concluding that "such a massive injury would result in very significant pain and distress in the period before insensibility supervenes".

Worse still is that brain activity within calves has been shown to persist for up to 2 minutes suggesting that the animal suffers until its body ultimately gives up.

Nevertheless, Clegg's motivations need to be scrutinised and the idea of a "liberal dilemma" dismissed. It goes without saying that minority protection is a must, but his views appear to go against his previous comments on other important issues regarding both religion and minorities.

Clegg is an outspoken advocate for LGBT rights and for that he deserves applause, yet does he not see the parallel between the action of slaughter in the name of doctrine and the denial of civic rights and dignity to, say, gay couples committed for the same reason?

Now of course the argument can be made that legislation on areas like gay marriage is fundamentally different from the prohibition of religious slaughter, because it does not act as an "imposition" on religious values.

In fact, this is exactly the argument Clegg used in 2012 to justify a whipped vote for Liberal Democrat MPs when voting on the issue, stating that "if you are two individuals who love each other, who want to show a commitment to each other, you should be able under law to get married".

But with this in mind, would he not disagree with the ruling that in 2011 saw Peter and Hazelmary Bull ordered to pay to a gay couple £3,600 in damages for refusing them a double room at their B&B? They were clearly acting on their religious beliefs but it was the law that made for an imposition.

Perhaps even more telling of Clegg's confusion was his empathy with the actual beliefs that bring about the practise of Kosher and Halal slaughter, stating that "these are ancient beliefs handed down over generations". Yet those of us without a short-term memory will recall that just six months ago, Clegg referred to opponents of gay marriage as "dinosaurs", the joke being that their views are archaic, belonging to a bygone era.

If he had the courage of his convictions he would acknowledge that such bigotry often stems from religious convictions "handed down over generations" so should be justifiable under his watch.

Such duplicity has not gone unnoticed however. Richard Dawkins took to Twitter to question why Clegg had taken such as stance on religious slaughter, stating "I voted LibDem in every election since they existed. I VERY much hope Nick Clegg is not trying to appease religious lobbies" and his opposition to a ban is facing criticism from members of his own party.

Though the ability of secularism to be impartial is dismissed by its critics, anyone with a sense of consistency will acknowledge that in BOTH gay rights and the issue of ritual slaughter it is religious considerations that should first be removed from the equation. From thereon in policy can be formulated in accordance with what is considered reasonable and just from a rational perspective, without conforming to any kind of religious exceptionalism.

Perhaps for Mr Clegg however, the fabled "liberal dilemma" really does exist. Although in his case it should be called "hypocrisy".

John Stephenson a final year student at Lancaster university studying politics and international relations. You can follow him on Twitter @JohnStephenso14. The views expressed in our blogs are those of the author and do not necessarily represent the views of the NSS. 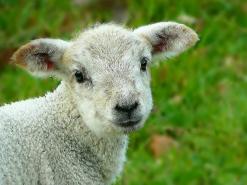 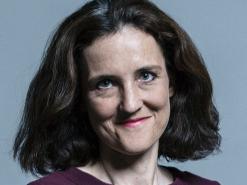 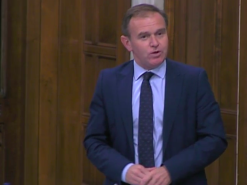 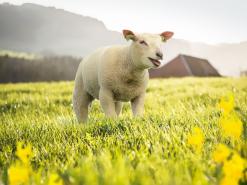 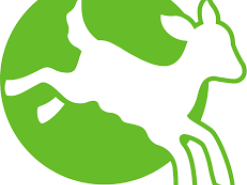