Vatican’s attack on its critics is a familiar tactic 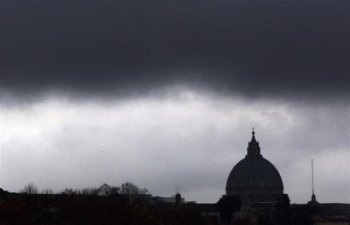 After hearing the UN's scathing attack on its child abuse record, the Vatican's counter-attack against its critics is a familiar tactic, argues David Clohessy

Inadvertently, by their comments over the past day, Vatican officials are essentially proving what a UN panel has concluded: that the Catholic hierarchy is not reforming its handling of clergy sex crimes and cover ups.

For decades, when abuse and cover up reports surface, many church officials "shoot the messenger" and divert attention. Vatican staffers are doing that now.

One of them, Archbishop Silvano Tomasi, attacks the motives of 21 independent children's experts who volunteer to serve on a respected United Nations panel, calling them "ideological" and implying they are deceitful (The report, he claims, "appears to have been written before (Vatican) representatives even had a chance to tell their side of the story..."

He also says that "the report in some ways is not up to date" even though the panel met with Vatican officials just last month (and spent hours quizzing both abuse victims and Vatican staffers).

(If an archbishop blasts an objective panel of volunteers who work for children in public like this, imagine how bishops treat victims in private.)

Another "Vatican insider," who is nameless, tells a journalist that the UN report was full of "spite" and attempt to "bash the Church," while of course providing not a scintilla of evidence to support such a claim.

This kind of attack is part and parcel of the long-standing, deeply-rooted Catholic clerical culture and practice of assaulting those who report abuse and cover up or question the hierarchy's handling of abuse and cover up.

We are both repulsed by and grateful for these comments. On the one hand, attacks like this discourage and deter victims, witnesses and whistleblowers from speaking up. On the other hand, they reveal a defensive, self-centered Vatican mindset that is one of the reasons kids remain vulnerable to child molesting clerics and victims keep being hurt by callous church officials.

Finally, veteran papal spokesman Fr. Frederico Lombardi claims, as hundreds of his colleagues and supervisors have done for decades, that things will soon get better.

We'll consider it progress when a Vatican official publicly denounces them both and insists that McDonough sits down with police.

David Clohessy is Director for the Survivors Network of those Abused by Priests (SNAP). His piece originally appeared on the SNAP website and is reproduced here with kind permission. The views expressed are those of the author and do not necessarily represent the views of the NSS.