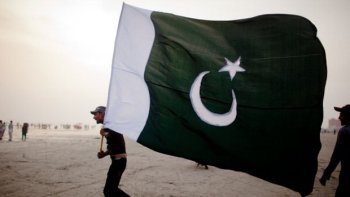 Reflecting on the extremist wings of Pakistani politics and ideology, Kunwar Khuldune Shahid describes the dire need for Pakistan to place the secular narrative at the centre of its political agenda and mainstream media.

Before Pierre Gassendi gave Epicureanism a new life in the 17th century, the teachings of Epicurus had been relentlessly misinterpreted – and hence shunned – for nearly two millennia. Epicureanism had been misapprehended as atheism and propagated as such.

Dante's Divine Comedy threw Epicureans in the sixth circle of hell, while those who shared the beliefs of Epicurus had no place in Mishnah's afterlife either. This was because Epicureans were perceived as 'heretics' and 'non-believers', even though they were – like Epicurus himself – merely deists who propagated the concept of "neutral gods" that do not influence the laws of nature and hence, do not interfere with human lives. Peddling any form of theism that differs from orthodox religion's idea, as atheism, historically kept the church's stranglehold over the state.

In Pakistan secularists have been suffering the fate of Epicureans since the country's inception. People like Maulana Maudoodi, the founding father of Jamaat-e-Islami (JI), and a staunch opponent of Pakistan's creation, dubbed secularism as "atheism" or "irreligion". Even though all secularism asks for is state neutrality on matters of belief, where everyone is free to practice their religious rituals as long as they do not breach another person's individual liberty and basic human rights. Secularism merely propagates – as reiterated by Epicurus around 307 BC – the separation of religion and state, and not the dissolution of religion per se.

Since Epicurus's God was neutral and didn't interfere in human lives, Epicureans condemning the interference of religion in personal life was its logical corollary. And of course, it's not quite as simple as it sounds.

Secularism has been touted by some quarters as the solution to Pakistan's multi-pronged problem for as long as the country has existed. However, it has never been more pivotal, with sectarianism and religious extremism redefining the quintessence of Pakistan by reaching their respective nadirs on a daily basis as manifested by the TTP orchestrated blasts in Bannu and Rawalpindi. With the Tehrik-e-Taliban Pakistan (TTP) and their blood brothers Lashkar-e-Jhangvi (LeJ) using their religious zeal to wreak havoc in the country, shelving religion as a political tool has become the need of the hour.

On the face of it, the TTP's demand of implementing the Shariah in Pakistan falls perfectly in line with the 1973 Constitution's Preamble, according to which Islam is the state religion and Allah has the sovereignty. And so it's ironic that a group so often accused of breaching the constitution is actually the most fervent proponent of its founding principle. The fact that when TTP's passion spills over the blood of Pakistanis also spills over, is in synchrony with the ideology that they propagate, contrary to popular belief.

From attacking Malala Yousafzai to orchestrating suicide bombings, the Taliban defend every single one of their heinous crimes through religious scriptures and historical precedents, as current TTP spokesman Shahidullah Shahid and his predecessor Ehsanullah Ehsan have regularly reiterated. Dubbing it as misinterpretation on the Taliban's part is as convenient as it is dangerous considering that it's a direct case of "my interpretation versus yours", with the only difference being that the TTP's interpretation endeavours to recreate 7th century Arabia as accurately as possible. Which 'version' of religion is correct, becomes a redundant question when one particular 'version' has taken up arms against every other 'version'. The question of safeguarding the lives of "the others" from the menace of this particular 'version' thence becomes the most pertinent question, with the answer simply being: secularisation.

There is a need to understand that no religion envisions an ideal pluralistic society. For the biggest selling point of every religion is the superiority of its followers which in turn is taken care of by incorporating their authority through laws emanating from religious scriptures. Fighting over which 'version' is accurate can only be a relevant exercise, where all 'versions' are guaranteed basic human rights. Which again, is only workable in a secular society.

When you disseminate terms like 'Islamic republic', 'Islamic democracy', 'Islamic socialism', 'Moderate Islam' or any such oxymoron as a part of your political ideology, you're creating room for all 'versions' of the religion to become stakeholders, with the most dangerous becoming usurpers through sheer clout. By separating religion from the state you put human rights at the forefront of everything with any violation, regardless or its religious or cultural motivations, becoming a punishable offence. Whenever religion and basic human rights end up being at odds – as they quite often do – it's the latter that is given precedence in a secular state.

There's a need to comprehend the fact that the question of Pakistan's future is now a binary one. It's either the Taliban ideology that shall rule the roost or it's going to be a secular one. For any attempt to find "middle ground" would inadvertently leads towards the former. It's simply either Talibanisation or secularisation.

The only reason that some quarters in Pakistan are actually mulling over making barefaced terrorists like the TTP as stakeholders in government is owing to the fact that carrying religion on your sleeve or even shoving it down others' throat garners popularity. And so in a country where religion can be used — rightly or wrongly — to subjugate human beings owing to their identity; to defend chopping off heads; and to decide who can and can't read any particular scriptures, accurate depiction of secularism obviously becomes crucial.

Just like Epicureanism, secularism doesn't deny the existence of a deity or endeavour to create a state sans religion. All it vies to formulate is a society where all citizens are equal regardless of who they worship or don't; regardless of which historical figures they respect or don't and regardless of what they believe in and what they don't.

There is a dire need to put this rather simple narrative in the mainstream media.

Kunwar Khuldune Shahid is a writer and social commentator based in Pakistan. His blog piece originally appeared on the The Friday Times website and is reproduced here with kind permission. The views expressed are those of the author and do not necessarily represent the views of the NSS. 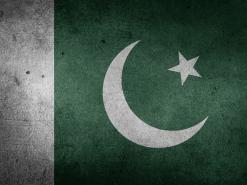 The NSS had urged the FCO to intervene in the case of an Ahmadi Muslim woman prosecuted for 'blasphemy' in Pakistan. 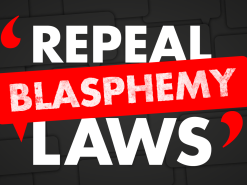