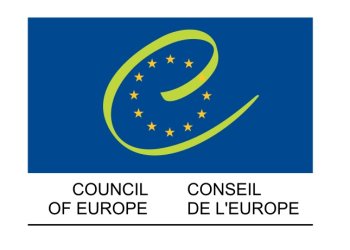 A new report from the Council of Europe which uses anti-discrimination rhetoric to justify discrimination and obscurantism, poses a potential threat to democracy and secularism in Europe, argues the European Humanist Federation.

In January, Mr Valeriu Ghiletchi of the Committee on Equality and Non-discrimination of the Council of Europe presented a worrying draft report called "Tackling intolerance and discrimination in Europe with a special focus on Christianity".

Although deeply committed to the fight against all kind of discrimination, the European Humanist Federation would like to emphasize that this report does not provide evidence of a specific discrimination toward Christians. Instead, it uses discrimination as an excuse and is a potential threat to democracy and secularism in Europe.

The first example of discrimination against Christians given is the case of nurses working in gynecological services and refusing to provide contraception or to participate to abortion services (page 2). The rights and health of patient coming to public hospitals obviously must prevail over religious freedom of the nurse and this is not a case of discrimination.

Freedom of religion and belief is a fundamental right in the European Union and shall be as such respected and protected. Yet, this freedom is not absolute and can be the subject of restrictions if prescribed by the law and if necessary for the protection of the rights of other (article 9.2 ECHR).

In the cases evoked, rights (and health!) of others would be endangered if the expression of religion were to be absolute, which is why the ECHR offers such a possibility for restriction. The report questions these restrictions to freedom of religion on the ground of reports and speeches by the City of Vatican and its representatives (page 2). By putting religion above the law, this report is also an attack against secularism.

On page 4, the report states that the limitation of the rights of parents to opt out their children of schools or of certain classes is a violation of their "educational rights". It also states that the "State should respect the choices that parents make for their children". This can only be true to a certain extent as reminded by the European Court of Human Rights in the case Folgero and others v. Norway (2007). This right is subsidiary to the right of children to an education. This restriction seen as discriminatory by the writers of the report is necessary to the protection of children.

Some cases reported in the report can truly be qualified as discrimination such as physical attacks or vandalism. The sources used by the report are unfortunately not reliable enough to be used to prove those facts. Those sources go from undocumented quotes from politicians or by Pope Benedict XVI to "news" media such as Gloria TV ("the more Catholic the better"). The European Humanist Federation regrets the lack of objectivity of the media used to prove discrimination against Christians.

This twisted way of using anti-discrimination rhetoric as a way to justify attacks on the rights of others or on secularism is increasing in Europe. Examples of it can be found in the attacks led by religious extremists against the Lunacek report (a non-binding roadmap against homophobia) or by Civitas against Arte for showing the movie "Tomboy".

The European Humanist Federation is deeply committed to the freedom of thought, conscience, religion or belief. But this freedom cannot be used to the detriment of others or as a way to justify discrimination and obscurantism as it is the case in this report. We therefore truly hope that the report will not be approved by the Committee on 5 March.

The proposed motion to be discussed reads:

In seeking to ensure respect and equality, it is also necessary to shed light on the growing bias against practising Christians – even though this may seem surprising in countries with a nominal Christian majority. For instance, 74% of United Kingdom Christians feel that there is more negative discrimination against Christians than people of other faiths, and feel more sidelined than ever in areas such as the workplace by the government and through negative stereotyping in the media. There is also vandalism of Christian sites: in November 2010 the French Interior Minister wrote a letter to the Council of Europe Commissioner for Human Rights stating that of 485 acts of vandalism against faith-related sites in the previous ten months, 410 had been directed against Christian sites.

In July 2011, the OSCE's Parliamentary Assembly called for "a public debate on intolerance and discrimination against Christians" and asked to ensure "the right of Christians to participate fully in public life". It also recommended that "legislation in the participating states, including labour law, equality law, laws on freedom of expression and assembly, and laws related to religious communities and right of conscientious objection be assessed" with a view to removing any intolerance of practising Christian lifestyles. The OSCE's Parliamentary Assembly further encouraged "the media not to spread prejudices against Christians and to combat negative stereotyping".

The Parliamentary Assembly should therefore also address the issue of intolerance and discrimination against Christians, with a view to identifying good practices in Council of Europe member States on how to tackle this phenomenon and ensure respect and equality for all, including practising Christians.

The European Humanist Federation (EHF), of which the NSS is a member, was created in 1991 and unites more than 50 humanist and secularist organisations from about 20 European countries. It is the largest umbrella organisation of humanist associations in Europe, promoting a secular Europe, defending equal treatment of everyone regardless of religion or belief, fighting religious conservatism and privilege in Europe and at the EU level. This piece was originally printed here.