Ethnic mixing is good for communities – so why are we discouraging it in schools? 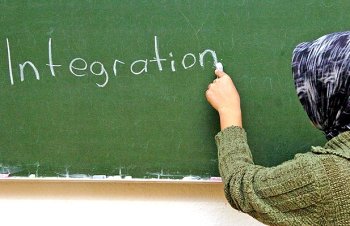 Terry Sanderson reflects upon some recent findings on mixed communities and integration, and the implication of those findings for our education system.

A large-scale study published in the journal Sociology has found that when people from ethnic communities live in mixed communities rather than in communities where they are surrounded by people of their own background, they come to identify more with Britain.

This flies in the face of the received wisdom that when people from ethnic minorities move into a "white area", tensions rise. Previous studies in the USA found that in "mixed" communities people were less trusting of each other and civic engagement fell.

But researchers from Essex University and the University of Oxford found the reverse applied in Britain. They analysed data from two surveys of 4,391 British people. Of these, 3,582 came from ethnic minorities. They found that generally integration was better for everybody.

Neli Demireva, one of the report's co-authors, said: "Diversity is really good for minority members in Britain. If they live in diverse scenarios they identify more with Britain. Contact is good because they don't create reactive identities."

The study also found that – unlike the American experience - living in a diverse community does not make people less trusting of each other and it doesn't discourage neighbours helping each other or reduce community involvement.

However, the research also found that among poorly-educated white Britons living in economically deprived, mixed communities there is less trust among neighbours. It was deprivation and poor education that caused the problems.

Sunder Katwala, director of the integration think-tank British Future, said the study reflected his experience. "We can make this work and we have a history of making it work well," he said. "We should promote more contact with people who wouldn't otherwise meet".

What the report did not address was the effect of single-faith schools on community cohesion. But if you project the findings of the report from the general community into the school community, it means that deliberately separating people from different backgrounds from each other in schools is a disastrous way to approach community cohesion.

The evidence all points to the dangers of religious schools to our future unity as a society. So, what's Mr Gove's response?

Let's have more of them.