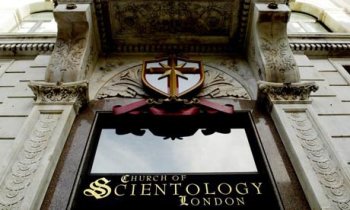 The Supreme Court has said that Scientology is a legitimate religion. This ruling undermines the automatic presumption that all religious groups are for the "public benefit", argues Terry Sanderson.

It's not very often that you'll find me agreeing with Eric Pickles, the Communities Secretary, but he was right when he said that the taxpayer would not be happy to be funding Scientology.

He was speaking when the High Court ruled that the "Church of Scientology" was not a real religion after one of its adherents challenged the registrar general for refusing to register the London Church Chapel for the solemnisation of marriages under the 1855 Places of Worship Registration Act. The registrar general held that it was not a place for "religious worship".

At the time of this ruling, Mr Pickles welcomed the decision, saying that if Scientology was recognised as a religion it would also get tax breaks and taxpayers' would not want to give them to such a "controversial organisation". (Of course, there are many of us who think no religion should be getting unquestioned tax breaks, but that's another story.)

Anyway, the Supreme Court has now overturned the High Court's decision and said that Scientology is a legitimate religion because it does have religious services. The Supreme Court justices said that faiths don't have to have a central "supreme deity" to qualify as a religion. Ipso facto, Scientology is now a recognised religion in this country with all the privileges that it will potentially bring.

In France, of course, Scientology is referred to as "a totalitarian cult" and was, for a while, in danger of being banned. A French parliamentary report said Scientology should be dissolved "because of swindling, complicity, abuse of trust and other nefarious activities". The Church has been in court on more than one occasion accused of embezzlement and fraud. The German Government considers Scientology "an organization pursuing commercial interests" and rejects criticism from human rights bodies' that it treats the organisation unfairly, saying its "pseudo-scientific courses can seriously jeopardise individuals' mental and physical health, and that it exploits its members."

As a religion, Scientology may now wish to benefit from the tax breaks enjoyed by charities. A Private Members' Bill to restore the presumption that religious institutions meet the public benefit test for charitable status is currently before Parliament. The High Court's ruling certainly undermines the arguments of those calling for a reinstatement of an automatic presumption that all religious groups are for the "public benefit".

L. Ron Hubbard, the conman who invented Scientology, must be laughing his head off on whatever planet he now inhabits.

And in case you're wondering what the doctrines of Scientology amount to, you can find a description of them here.

A summary of the judgment can be found here http://ukhumanrightsblog.com/2013/12/11/a-rare-win-for-scientology-supreme-court/