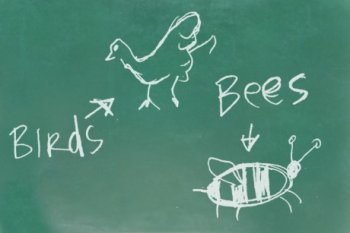 Young people have a human right to sexual health and relationships education. Something which the religious minority in Scotland is taking away, argues Gary McLelland.

Scotland, like many areas, is working to promote safe and healthy relationships, especially among its younger citizens.

As with many issues in Scottish education, religious sectarian divides exist to the detriment of youngsters.

The current guidance from the Scottish Government on sexual health and relationships education comes from a circular issued in 2001. This was produced just before the repeal of Section 28 (2A in Scotland), however as the guidance states, this was a key factor for consideration in the document.

The 2001 guidance states quite clearly that:

"Programmes of sex education should present facts in an objective, balanced and sensitive manner within a framework of sound values and an awareness of the law on sexual behaviour."

This was, at the time, a welcome progressive move from the Scottish Government, an acknowledgement that young people have a human right to appropriate factual education about sexual health and relationships, and given the political environment at the time, was clearly a sign of a move towards a progressive secular Scotland, where the reactionary cries of religious fanatics was being firmly put in its place.

Scotland's First Minister Alex Salmond has made LGBT equality a cornerstone of his political career, the slogan 'It Gets Better' is used to denote his party's alliance with equality.

This image of progressive equality has taken a bit of a battering recently, with the discussions around the introduction of same-sex marriage. Religious groups have been the most vocal in Scotland against the introduction of marriage equality north of the border, with the meek and mild Church of Scotland being forced into embarrassing anti-social positions.

Despite the fact that many of Scotland's religious citizens, including the majority of Roman Catholics, are in favour of marriage equality, and the Quaker Church in Scotland of the opinion that it would strengthen the institution of marriage, religious groups have not been shy in queuing up to claim 'religious persecution'. Despite the Scottish Government's clear plans to legislate for same-sex marriage, it has held a lengthy consultation period, seeking a range of views on either side.

It seems that despite their previous commitment to equality and a progressive secular society, the Scottish Government is keen not to offend any religious groups. So much so that they are intent to legislate a 'conscience clause' or backdoor opt-out for any person who considers their religious beliefs to overrule equality.

Not content with ensuring that any religious groups can discriminate against same-sex couples whilst they act on behalf of the State to solemnise marriages, the Scottish Government has now gone one further in effectively making sexual health, relationships and parenthood education optional.

In a draft revision of the 2001 Circular, the Scottish Government has inserted a very vague conscience clause:

"In issuing this guidance it is the Scottish Government's expectation that if a teacher, child or young person is asked to do something against his or her conscience, he or she should be able to raise this with the school or local authority."

This clause is worryingly vague and has been written, by the Scottish Government's own admission, as a response to the proposed legislation on same-sex marriage. This is clearly an attempt by the Government to stop the requirement (of 2001) that teachers teach the law.

Even more worryingly is that this opt-out now applies to pupils as well. Unless this clause is seriously revised, or removed, we may see a situation in Scotland where religious teachers are not expected to teach the law, and parents and pupils may remove themselves.

It seems, for the Scottish Government at least, the vocal views of the religious minority have trumped the reasoned and sensible majority, and that the education of young Scots comes a mere second to the hurt feelings of the Godly.

As Scotland moves towards one of the most important periods in 300 years, is the Scottish Government really content to treat its young citizens in such a childish way.

The consultation can be viewed here.