Chaos in the workplace will follow if this case succeeds 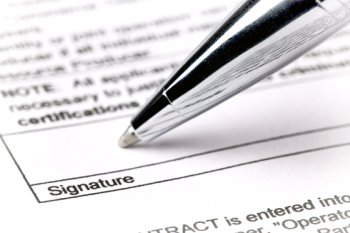 If an employer can reasonably accommodate religious requests without disrupting their business or disadvantaging their other staff, we have no objection. But if they can't, then employers should have the right to say "no" argues Terry Sanderson.

Just when you thought we had seen the end of foolish legal challenges by the Christian Legal Centre along comes another attempt to gain religious privilege in the workplace.

Now they are backing a Baptist woman who wants every Sunday off from her work as a children's care worker on religious grounds.

Celestina Mba will try to overturn a previous Employment Appeals Tribunal ruling against her, arguing that an employer has a duty to "reasonably accommodate" the beliefs of a Christian employee.

She brought a case for constructive dismissal against the council she worked for, the London Borough of Merton, but it failed on the grounds that observing the Sabbath was not a "core component" of the Christian faith because some believers were prepared to work on a Sunday. The case also turned partly on whether the employer could justify Sunday working as a "legitimate business need".

The case is backed by the ever-litigious Andrea Williams of the Christian Legal Centre whose track record in trying to establish new "rights" (that is to say, privileges) for Christians in the workplace has, up until now, failed almost totally.

This one looks doomed, too, mainly because it is far from reasonable to permit Christians to have every Sunday off work as of right.

In a business like a care home, you can't just leave the residents to their own devices on Sunday. They can't just be put in a cupboard and forgotten about until Monday morning.

And this is true of all essential services. If Christians are permitted to demand every Sunday off, then why shouldn't Muslims be permitted to have every Friday off and Jews every Saturday? Indeed, as the law stands, if the Christian Legal Centre succeeds in the case, it will have to extend to all religions.

If you are working in a job that requires 24/7 coverage every day of the week (e.g. police officer, firefighter, or nurse) people can't just be excused duties because they claim to be religious.

If an employer can reasonably accommodate these religious requests without disrupting their business or disadvantaging their other staff, then we have no objection. But if they can't, then employers should have the right to say "no".

Mrs Mba now has a job where her employer has no problem letting her have Sundays off, so it can be done.

But to try to make it a legally enforceable right is selfish, and has the potential to cause absolute nightmares for employers and their workplaces all over the country.