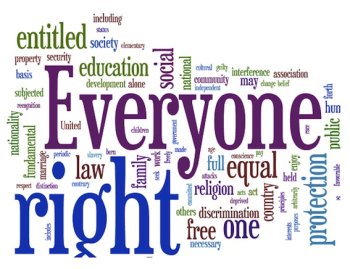 London's National Theatre recently hosted a debate about freedom of speech, multiculturalism and Islam called Can we talk about this? The opening line was a question to the audience, "Are you morally superior to the Taliban?"

It is generally disregarded that a global code of moral values has been established, and accepted by almost every nation in the world — the Universal Declaration of Human Rights (UDHR). By acceding to this Declaration, over 190 nations have agreed to honour the principles of individual autonomy, equality, security, freedom of thought, belief, expression and association, subject to the norms of democratic government. In its statement of rights that apply, regardless of nationality, race, gender and social standing, the Declaration sets a morally accepted standard of behaviour for all individuals.

However, if their reason is to prevent some harm to society in general, regardless of its religious beliefs, the argument goes to the content of the value espoused. We must be able to "address whatever reservations, doubts, and objections there are about our positions out there, in the real world, no matter what society or culture or religious tradition they come from". It is the effect of a value on society, not its source, that is the relevant consideration.

Evidence is coming to light of many instances in Western countries (including Australia) that women and girls are subjected to abuse, through restrictions, demands and physical attacks including honour killing, female genital mutilation (FGM) and childhood or forced marriage. Authorities are aware of this, but are not forthright in criticising and dealing with this. Approaches range from 'sensitive treatment' to acceptance.

FGM, for example is carried out on millions of women worldwide for cultural or religious reasons. Although it is proscribed in many countries, including developed nations, few prosecutions take place. FGM results in increased maternal and infant mortality and infection, extreme pain and psychological harm. It does not enhance the woman's childbearing capacity, her physical or mental well-being, or the communal good. All it does is satisfy patriarchal notions involving sexual repression, harming, rather than promoting human well-being overall, and blatantly breaching the victim's human rights. The practice can be legitimately questioned on the basis that its rejection is based on superior moral and political values.

Recent publicity over FGM in Australia has resulted in a Government crackdown, despite awareness of the practice and its prohibition in the early 1990s. But, like other cultural practices that result in harm to women through denial of their moral and political rights, authorities are habitually loathe to confront the practices head-on, despite their illegality, very often because of 'cultural sensitivity' (i.e. the fear of being labelled not 'politically correct').

Compare the UK and France: "The laws which made FGM illegal were introduced in France and England at about the same time, in the mid-1980s. But whereas some 100 parents and practitioners of FGM have been convicted in France, there has never been a single prosecution in the UK". The French explain that their priority is the welfare of children.

Humanists have a moral compass. It is enshrined in a globally accepted Declaration that, globally, governments have said they will follow. It is not arrogance or cultural imperialism to consider its ethical principles superior to other cultural beliefs, as the nations of the world have declared them as such. We must talk about this, pressure society to accept these principles, and demand that governments deliver on their promise.

Meg Wallace is a writer and Human Rights activist based in Australia. This blog was originally published here, and was reproduced with the permission of the author. The views expressed are those of the author and do not necessarily represent the views of the NSS. 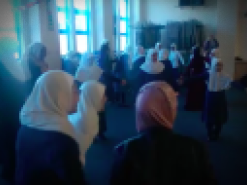