Report from Australia: secularists score political parties on their levels of religious favouritism 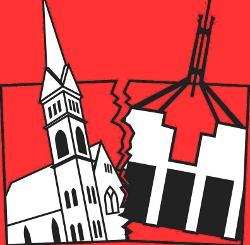 Meredith Doig, president of the Rationalist Society of Australia, reports on her country's continued privileged treatment of religion.

One area of the political debate that does not receive much attention during election campaigns is the question of religious influence on party policy.

This is a gap. Australians clearly prefer a separation between church and state. According to a Herald/Nielsen poll conducted in the lead up to the 2010 federal election, 84% of people surveyed agreed with the statement ''religion and politics should be separate''.

In Australia's increasingly complex society of many different cultures and different types of beliefs or lack of belief, that would seem to be the only sensible approach.

Given the public holds a firm position on the relationship between religion and politics, the Rationalist Society of Australia has taken on the task of assessing each party's commitment to the principle of secularism by monitoring comments, statements, and parliamentary voting practices on key policy issues and scoring each party accordingly.

Political parties that received a "Fail" essentially took the view that church and public policy is inseparable, particularly on policy pertaining to end-of-life decisions, termination of pregnancy, same-sex marriage, religious instruction in schools, and preferential treatment of religious organizations.

Parties that presented mixed and contradictory messages on these issues received a B or C grade.

And parties awarded an A presented a consistent commitment to the principle of separation of church and state, ensuring the provision of government services does not discriminate on religious grounds.

How each party scored is in the public interest and, more importantly, in the interest of voters.

The views expressed are those of the author and do not necessarily represent the views of the NSS.