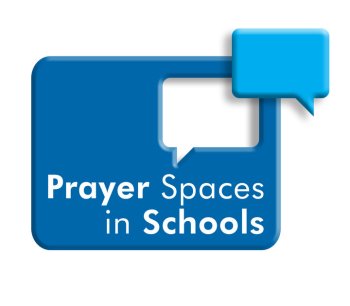 A worrying development in Britain's schools in the last two years, and not just in its faith schools, is Prayer Spaces in Schools (PSIS).

PSIS is an organisation that says of itself:

"Prayer Spaces in Schools enable children and young people to explore faith and spirituality from a broadly Christian perspective in a safe, creative and interactive way. A range of flexible resources can be adapted to work for participants aged 5 to 18 bringing an experiential dimension to a variety of subject areas and to pastoral aspects of school life."

It is the initiative of an organisation called 24/7 Prayer International, a registered charity which has links to the highly controversial Alpha Course programme which has its critics as well as its supporters. Of most concern is that a video on the 24/7 Prayer International website, and available on YouTube, proclaiming that healings have taken place in prayer spaces — which can be anything from dedicated classrooms or areas of classrooms to areas in school recreation and communal spaces such as cafeterias. An extract from the transcript of the video shows the presenter stating:

Crohn's Disease is a chronic inflammatory disorder, in which the body's immune system attacks the gastrointestinal tract and has traditionally been described as an auto-immune disease, but recent investigators have described it as an immune deficiency state. These dangerous claims that children can be cured of diseases through prayer should be sufficient evidence to ensure that this organisation finds no place in any school, not just denominational, yet PSIS states on its web site to have several hundred prayer spaces in schools around the UK.

This initiative is now furthering its increasingly widespread take-up and upping its game. It is bold and brazen with it too — take yourself over to YouTube and search for "Prayer Spaces in Schools" and you will find a large number of videos, some posted by individual schools, and some containing complimentary contributions from teachers and heads about the Prayer Spaces initiative.

In Scotland, for example, PSIS is exploiting the appalling Scottish Government guidance on Religious Observance which actively promotes a Christian ethos both in denominational schools (where one wouldn't think it was necessary) and the increasingly mis-named non-denominational schools where as many different events and types of school events are to be classified as RO. As an example, here is a quote from the chaplaincy team at Linwood High School in Renfrewshire:

"At Linwood High School we have been looking at how we tackle the task of religious observance. All schools in Scotland are required to provide at least six opportunities for the school community to look at spiritual development. Much of the thinking behind this is about creating opportunities for experiential exploration rather than as an academic activity. Historically this has taken the format of assemblies. We, however, have felt that assemblies aren't the best place for authentic spiritual development to be fostered.

We've looked at taking these religious observance opportunities (known within the school as Soul Space Experiences) outside of the assembly. We've used video projects, art installations, film clubs, and café based activities as vehicles to explore life's big questions. So, when we heard about the concept of Prayer Spaces in Schools we jumped at the chance to put one together for Linwood High School."

Prayer Spaces in Schools holds regular development conferences across the UK, and is now enjoying the patronage of the Church of Scotland and the Church of England. The above comments from Linwood School show just how the school chaplaincy system is being exploited by evangelical groups to maximise indoctrination, although of course you won't see it called indoctrination now — the modern euphemism for indoctrination is 'spiritual development', as used above by Linwood High School. And while we all want our children to 'explore life's big questions', this initiative delivers one answer to these and one answer only — the Christian God. Note also the shift in emphasis going on here, away from 'academic activity' into 'experiential exploration' and the choice of language such 'authentic spiritual development', replacing 'worship' and 'prayer'.

The only conclusion that can be drawn from all of this is that 'authentic spiritual development' means an end result of fully fledged believers in Jesus, all captured and converted in the 'Soul Space Experiences' education system.

A range of mainstream and evangelical Christian organisations, leveraging their chaplaincy positions in schools, have decided that formal RO requirements and assemblies can be conveniently leveraged (they would say enhanced, I would say exploited) and more direct and aggressive approaches to targeting children in schools with Christian belief is an achievable result.

In the case of Scotland at least, it is positively encouraged by the Scottish Government. It is also worth noting that the comment from Linwood High School is taken from the website of Prayer Spaces in Schools, and not from the school's own website, which contains no details of this whatsoever.

As usual, parents are being kept in the dark about the degree to which their schools, and their children, are being targeted by evangelical groups, many of which hold and express questionable views on sexuality, sexual orientation, women's rights and evolution.

So as church attendance continues to plummet along with the numbers of Britons professing religious belief, the Prayer Spaces in Schools initiative is turning schools into churches, and turning teaching increasingly into preaching. If people won't come to the church, the church must come to the people, and where better to target the intellectually vulnerable than in schools.

It will take significant efforts by secularists around the country to claw this back. Any help you can give the NSS in researching what is happening in your local schools will be most welcome.

Alistair McBay is the NSS spokesperson in Scotland.