Muslims must be protected. Islam must not. 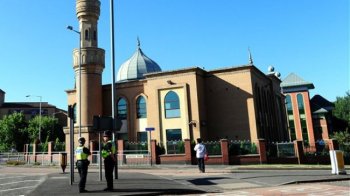 The Muslim Council of Britain has called for a "serious national response" from the government to attacks against Muslims and mosques.

MCB leader Farooq Murad, said people were living in fear. He said that following the events in Woolwich, there has been a significant increase in anti-Muslim hate crimes across the UK.

Mr Murad said: "The community has patiently borne the brunt of these attacks despite condemning, in the strongest possible terms, the tragic murder of Drummer Lee Rigby. Despite this spike in incidents, there has yet to be a coordinated national effort to ensure that these sorts of attacks never happen again.

"It cannot be right that a minority community is allowed to be targeted in this manner."

Mr Murad said the suspected bomb attacks on mosques marked "the crossing of a red line".

"Had these bombs exploded, people would have been killed," he said. "There is an urgent need for the government and police to respond with a coordinated national strategy so as to prevent further attacks.

"For many Muslim communities across this country, there is a palpable sense of fear. While the local police are doing all they could to investigate these incidents, the national response has been far from satisfactory."

But we have to be careful not to be stampeded into precipitate action by claims, which because of their emotive nature, can so easily be manipulated.

It is entirely wrong that people from any minority should be targeted for violence or persecution simply because of their membership of that minority. Indeed, the law specifically recognises that, and there are severe penalties for crimes that are motivated by religious hatred.

So what exactly is Mr Murad asking from the Government when he criticises it for not doing enough to protect Muslims?

Given that they are protected in every way that every other citizen is, their human rights are as valued as any other person's living in this country and, in fact, there are extra penalties for crimes that are religiously motivated, what is he expecting the Government to do?

Is he complaining that the police are not doing enough to enforce the law? In which case he may have a point. But in his statement he says that he feels the police have done everything in their power to investigate these crimes.

So what else is he asking from the Government? Is the next demand, after a spot of panic-mongering about persecution, that not just Muslims be protected, but Islam itself? We must wait to see whether the concept that Muslims are "deeply wounded" when their religion is criticised gets lumped in with the bombs in mosques and the people being beaten up. It wouldn't be the first time the MCB has tried to criminalise criticism of Islam.

Fortunately, the MCB fell out of favour with the Government in 2009 and all links were severed after much criticism of its members and its activities.

The NSS wants all Muslims living in Britain to feel safe. We deplore attacks on individuals and on places of worship. But the fault lies not in the law, which is sufficient, but perhaps in a failure to enforce it vigorously enough.

We do not need any more "hate crime" laws that are so easily exploited and misused.

And nor do we need protection for religious ideas or dogmas, which must always be open to criticism, examination and — where appropriate — ridicule.

We must watch carefully where this present campaign to promote the idea that Muslims are being widely persecuted in Britain is leading. All claims must be forensically checked and verified, and none taken at face value.

We must not allow it to be exploited to justify anything that looks even remotely like a blasphemy law. 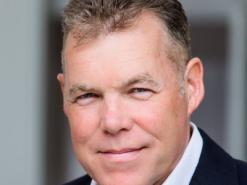 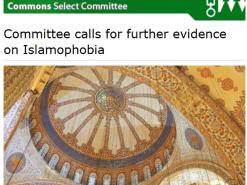 The NSS has warned a parliamentary committee against recommending the adoption of a formal definition of 'Islamophobia'.