Channel 4’s call to prayer during Ramadan is more of the same old, same old 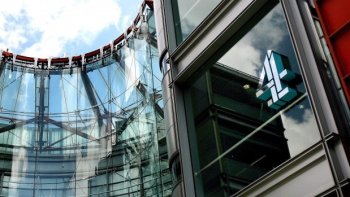 Channel 4 is airing the Muslim call to prayer during Ramadan every morning and also broadcasting a series of programmes about Ramadan. It says it is doing so as a deliberate act of "provocation" to challenge viewers who associate Islam with terrorism and extremism.

Far from being provocative, however, it is just more of the same old, same old.

Whilst people have innumerable characteristics that define them, Channel 4 is again promoting a portrayal of Muslims as one dimensional religious beings that always fasts and like to hear the call to prayers.

What about all the Muslims (and ex-Muslims) who can't stand to hear the call to prayers? Or who don't fast during Ramadan? There is a movement of eating during Ramadan as a way of challenging laws that make it an offence to eat in public. Here's one example of people being arrested for "inciting public eating during Ramadan" but of course none of these will be shown on Channel 4.

Rather than being provocative, Channel 4 is feeding into the narrative that all Muslims are religious and conservative and fast during Ramadan. Something Islamists insist upon thereby justifying their attacks on those who refuse to fast or transgress their vile norms.

Religion is meant to be a private matter, lived in a myriad of ways. Often religion is not even an integral part of many people's lives but of course that's irrelevant for Channel 4.

As an aside, the call to prayers makes the hairs on my neck stand up. It has always been background noise during executions and attacks on the public in Iran.

Channel 4: want to do something really provocative? Show "Muslims" and ex-Muslims living everyday lives, eating, laughing, loving, opposing Sharia, leaving Islam, defending secularism and women's equality or gay rights and living without religion. Show them as 21st century human beings and citizens with countless characteristics like everyone else. Not just as Muslims and a certain type of Muslim at that.

But of course that is too much to ask…

As for me I will be eating extra this month.

Maryam Namazie is an honorary associate of the National Secular Society and leader of the Council of Ex-Muslims of Britain and the One Law for All campaign, she won the first NSS Secularist of the Year Prize in 2005. The views expressed are those of the author and do not necessarily represent the views of the NSS.