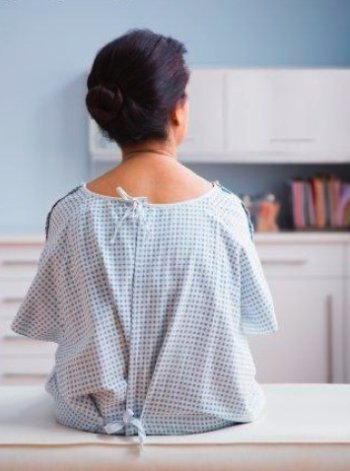 With NHS Greater Glasgow and Clyde seeking to appeal the ruling for the allowance of conscientious exemption from abortion procedures, Louise Finer of Reproductive Health Matters argues that judges must not forget the rights of women – to health, autonomy, dignity and respect.

The recent decision of judges from the Scottish Court of Session – an appeal court – in the case of Doogan and Wood v. NHS Greater Glasgow & Clyde Health Board [2013] CSIH 36 tests the limits of the conscientious objection provisions in the UK Abortion Act (1967), setting a worrying precedent for women seeking abortions in the UK.

Mary Teresa Doogan and Concepta Wood, Labour Ward Coordinators at the Southern General Hospital in Glasgow and both practising Roman Catholics, sought to exercise conscientious objection to their role in the "delegation, supervision and/or support" to other staff performing medical termination of pregnancy. Their conscientious objection to performing abortions had already been lodged and accepted. This case, reportedly brought in response to the increase in terminations in the labour ward which resulted from the closure of services elsewhere in the city, sought to extend this objection.

The decision of the Scottish Court of Session – an appeal court – reverses the 2012 decision that found against the two women's claim on the grounds that "nothing they have to do as part of their duties terminates a woman's pregnancy". In reaching their decision, Judges Drumadoon, Dorian and McEwan pay scant attention to the rights of women, the duty to make available and accessible health services set out by law, or the ethical obligation on midwives – as health providers – to make the care of people their first concern, to provide care without discrimination, and to act as an advocate for the people for whom they care [1].

The right to conscientious objection: not without limits
At the heart of the case is the determination of whether Doogan and Wood's attempt to invoke conscientious objection is legitimate. According to the UK 1967 Abortion Act (Art.4), one can conscientiously object to 'participation in treatment'. This warrants the discussion of whether their role – in "delegation, supervision and/or support" to the provision of abortion – constitutes "participation" in the procedure. But the case also throws up human rights concerns that must be examined alongside the UK's international human rights obligations.

That there is a right to conscientious objection is not up for debate, it is clearly grounded in the right to freedom of religion, conscience and thought, as set out in the International Covenant on Civil and Political Rights among other human rights instruments to which the UK is party. Yet the right is not absolute, and the freedom to manifest one's religion or beliefs may be limited for the protection of the rights of others [2].

The application of conscientious objection to the field of sexual and reproductive health has grown significantly in past decades, in parallel to the increasing liberalisation of abortion around the world. It is most commonly applied to abortion, but also sterilisation and fertility treatment

This judgment should be seen alongside the significant body of national and international law that has developed in response to the increased invocation of conscientious objection. The question at the heart of the Scottish case is "how direct does your participation in a procedure have to be for your conscientious objection to be justified". Existing jurisprudence suggests very direct:
- In 2001, the European Court of Human Rights dismissed the