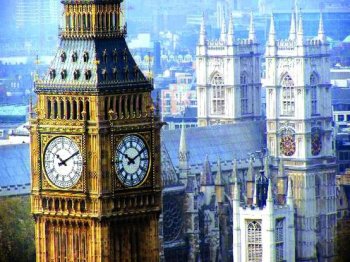 Keith Porteous Wood reports on Lord MacKay of Clashfern's Richard O'Sullivan Memorial Lecture on the subject "Does Establishment have a Future?" at the Middle Temple this week.

Richard O'Sullivan was a Middle Temple lawyer who took his Catholicism very seriously. The debate was organised jointly by Law and Justice, a religiously-leaning legal magazine, and Theos, which describes itself as "a think tank working in the area of religion, politics and society", the lecture followed the (optional) evensong at the nearby Temple Church.

Previous O'Sullivan lecturers have included legal giants Viscount Hailsham and Lord Scarman. Lord Mackay was Lord Chancellor from 1987–1997, after holding just about every high legal office in Scotland. Now 85, he remains influential in the House of Lords.

Lord Mackay seemed slightly ill at ease with the subject, making it clear that he had not chosen it. He had decided to confine himself to the present and past, refusing (as he described it) the "prophesy" that the title promised. And the lecture was peppered with biblical quotations and references to 'Christ as Lord'.

He traced the origins of Christian establishment to the Roman Emperor Constantine, and in England to Henry VIII's assuming ecclesiastical power in order to secure his divorce from Catherine of Aragon.

Fast forward to 1928 when Lord Mackay quoted Churchill's warning to the House of Commons that it risked disestablishment by rejecting the Church [of England] Assembly's alteration to the 1662 Book of Common Prayer. I was surprised that Lord Mackay didn't follow this by mentioning a similar much more recent contretemps when some MPs had wanted to pass legislation to force the Church to accept women bishops, albeit this did not come to pass.

He attributed Welsh disestablishment, 100 years ago, to insensitivity by the English and the refusal to share power. He traced the history of establishment in Scotland, with its countless splinterings and occasional rapprochements.

Despite — as he said — not being an Anglican, Lord Mackay is a passionate defender of establishment, and maybe his disinclination to prophesy was rooted in an unwillingness to acknowledge that one day it will end, and perhaps mindful that if he had done so, it would have been big news.

His principal defence was that establishment "keeps religion at the forefront of the nation's attention". He attributed these words to NSS president Terry Sanderson, noting that they had been made disapprovingly by him, and said they had later been referred to by the Chief Rabbi, who in turn had been quoted by John Sentamu, Archbishop of York.

Lord Mackay accepted that some people had moral principles without any religious basis and some thought that religion was nonsense. He joked that secularists had the reputation for being dogmatic in rejecting others' dogmas. He characterised secularists as having a relativistic view to religious "truth", wanting to relegate religion entirely into the private realm, and thinking it inappropriate that one religion should be in power.

To defend the latter point, he referred to part of the Queen's speech in Lambeth Palace in 2012, shortly after the NSS won its High Court challenge on Council prayers:

"The concept of our established church is occasionally misunderstood and, I believe, commonly under-appreciated. Its role is not to defend Anglicanism to the exclusion of other religions. Instead, the church has a duty to protect the free practice of all faiths in this country."

A leading constitutional academic told me afterwards, though, that this is rather at variance with the historical facts.

Lord Mackay concluded that we shouldn't throw away the benefits of establishment (as outlined critically by Terry Sanderson), as what would follow it was unlikely to be as good.

He didn't concede any more ground during questions, quite a number of which were explicitly or implicitly critical of establishment. Dr Bob Morris of the University College London's Constitution Unit pressed him on Catholics and those not in communion with the Church of England still feeling they are second class citizens by being barred from the throne.

Lord Mackay dismissed this, pointing to the recent change to the succession arrangements (inter alia) permitting a Catholic spouse of the monarch, and justifying the need for one denomination to be in the lead. This did not seem to be any kind of Protestant bias, as he referred several times to the holy Catholic and universal church.

I drew attention to the Westminster Parliament being the only one in the world to give the bishops seats as of right in the House of Lords (despite the established church attendance normally being only around one and a half percent of the population). He noted that the decisions of the House of Lords only become law when endorsed by the Commons, and dismissed any numerical arguments about the Church of England, partly on the basis that there are also churchgoers from other denominations.

I cited UN special rapporteur Prof Heiner Bielefeldt's concerns about state religion, which he recently referred to in London: "With regard to the concept of an official "State religion", the Special Rapporteur reiterates that it seems difficult, if not impossible, to conceive of an application of this concept that in practice does not have adverse effects on religious minorities, thus discriminating against their members." I added that England and Wales were the only countries in the world in which daily Christian prayers were mandatory in every school, even community schools – perhaps because of the bishops in the House of Lords.

Predictably, Lord Mackay felt that UN special rapporteurs have their own agenda and Prof. Bielefeldt's remarks didn't apply to the UK where there is no problem over freedom of religion. (In fact, Prof Bielefeldt has acknowledged publicly at the LSE that the daily act of worship, from which there would be reluctance to withdraw, could well pose a religious freedom issue.)

Lord Mackay looked back nostalgically to his schooldays, praising the beauty of the biblical passages, suggesting that everyone should have the opportunity to 'benefit' from them.

Theos's Research Director Nick Spencer, who chaired the debate, asked if establishment was a barrier to evangelisation. Lord Mackay hoped not; the more evangelisation, the better.

The debate, in the Middle Temple's Parliament Room, emphasised the long-standing and still close connection that both the law and Parliament have with religion. But they didn't get it all their own way and most of those I spoke to afterwards felt that Lord Mackay had shied away from confronting the more challenging questions about establishment.