The CofE tries to spin its bad news. But it’s still bad news. 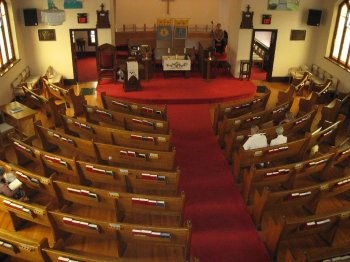 The Church of England was struggling to make the best out of its latest attendance figures (pdf) (for 2011), claiming that they are "stabilising" and provoking the Daily Mail's headline: "Hark! The flock's back: Church attendances up... but it's only at Christmas".

A closer look at the figures, stripped of the spin, confirms the picture of continuing decline. Usual (i.e. not special festivals) Sunday attendance reduced by 1.4%; on the previous year - not much in itself but quite significant as part of a long-term trend. Over the decade to 2011, this has been a drop of 14% and over 25 years by 31%. And this is despite the growing pressure to attend church to help qualify the family for attendance at the local publicly-funded Church school.

Commentators ask how such figures justify a national church, with all its privileges, with 7 out of 8 not being baptised in the Church, and 64 out of 65 not being in church on an average Sunday (84 out of 85 for the under 16s)?

As well as the 26 bishops in the House of Lords, the aspect of the Church's privilege which most impinges on the population is the quarter of publicly funded schools often denied to the local children they were set up to serve. Such figures seem incompatible with parents feeling forced to attend their local church simply to secure admission for their children at the school they are helping pay for through their taxes.

The BBC's "stabilising" comment suggests that the decline has bottomed out, but a closer examination of the figures does not support this. The decline in attendance over the last 10 years and 25 years for those under 16 is 25% and 54% respectively, much greater than for adults: 12% and 24%.

The decline figures for the young are a reliable predictor that the overall decline will continue in the future, and probably at a greater rate as is suggested by the higher rate of decline and the visibly ageing congregations.

Christmas communicants have halved since 1960, but Christmas attendance has not declined as much, however the proportion of Christmas attendees also taking communion at Christmas has dropped in a decade from nearly 50% to nearly 40%.

The number of attendees at Christmas is almost double that at the theologically more significant Easter.

This drift away from attendance to ever looser affiliation and ultimately away from belief is not confined to the Church of England, and such trends (including ageing congregations) are also eroding the Church of Scotland and the Catholic Church and the Methodists.

These larger institutional churches' share of the declining Christian attendance continues to fall at a rate that threatens their continued autonomy at the national level. The remarkably rapid reduction in Christian affiliation or identity is tracked in social attitudes surveys and most recently and dramatically in the census.

Some years ago, Christian Research projected usual Sunday attendance in 2050 by Anglicans and Catholics combined in Britain as falling short of 200,000 (roughly 0.3% of the population). Even if it is double that, these are unsustainable figures for one, far less two, national churches – particularly given the average age of congregants will be very high and they will not be as affluent as they are now.

The first signs of this institutional decline came decades ago with paid parish priests being progressively replaced by ones spread over more and more parishes, supplemented increasingly by non-stipendiary ordinands or laity. As even this has become difficult to sustain, partly because of clergy retirements (in 2005 over 40% of clergy were within ten years of retirement) over 5% of the CofE's parishes are now part of formal Local Ecumenical Partnerships. The Church acknowledges that "in roughly half of [these] there is a congregation and a ministry shared between the Church of England and certain other churches". 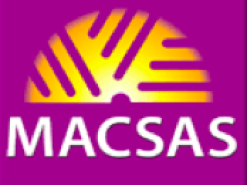