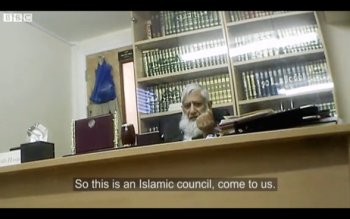 Personally, I wasn't surprised watching the Panorama on 'Secrets of Sharia Councils in the UK' broadcast on the BBC last week. I am aware of these dangerous practices by similar courts adopting the same Islamic constitution elsewhere outside the UK.

However, the main issues to be addressed here aren't only the discriminatory nature and inequality of these councils, but also the broader context of the failed integration polices of the current government. The failure to integrate migrants and refugees and the government's pro-faith agenda has resulted in the demand and justification for such parallel systems to fulfil the needs of those who feel they are 'different'.

There is a common argument that a right to Sharia councils are part of an individual's rights to their own religion and beliefs. It is important here to link the establishment of Sharia councils in the UK with the rise of Islamism internationally. Muslims have lived in the UK and Europe for centuries and didn't need an Islamic court to provide them permission to adopt, worship or practice their religion.

The rise of political Islam

However since the early eighties, political Islam rose following the Iranian Revolution and the spread of Wahhabism sponsored by millions of dollars of Saudi oil money. Political Islam then spread to take on state power in a number of east Asian, Middle-Eastern and some African countries.

As a result, a demand for Islam in power has grown in the UK and Sharia tribunals have been established. Sharia courts, which are wrongly perceived to be part of a Muslim's 'right to religion', are in actual fact part of the political battle and fight for power by Islamists.

A major concern here is the government's role in ensuring accessibility of public service to everyone. It is highly questionable that these bodies should be responsible for providing mediation services while the legislation they rely on (Sharia law), is fundamentally gender biased.

In the Panorama programme, Nazir Afzal, the chief crown prosecutor for the Northwest, emphasised that "most of the [courts] are absolutely fine but there are some clearly, like this one, who are putting women at risk".

This, however, is a simplification, as the main Islamic constitutional principles are irredeemably biased against women. They place greater weight on men's evidence than that of women. Under Sharia law a woman's testimony is worthy half a man's, she gets half the inheritance of her male siblings, and an Islamic marriage contract is between a women's male guardian and her husband.

It is even worse in divorce cases, as a man can divorce his wife by simple repudiation using the word "Talig", often without stating a reason and will then easily obtain a certificate from a Sharia court.

By contrast, women are blamed for the breakdown of the family and for not properly obeying their husband's needs. Women pay higher fees and must give specific reasons to be permitted a divorce. Some of which are extremely difficult to prove.

Another privilege automatically conferred on the father is that of child custody which reverts to him at a pre-set age regardless of the circumstances, even if the father was abusive as seen in the case of Sonia in the BBC programme.

One law for all

All this clearly violates the equality laws which the arbitration service providers should strictly consider. The government should clarify why such a code is allowed to act as a reference of legislation and not only question the practices of the operating bodies implementing it.

I believe this goes along with the government's integration policy published last year. The government is pushing a pro-faith agenda to promote integration between 'different' communities. Its emphasis on "the valuable role of religion in public life" serves to privilege religious bodies over others.

This approach discriminates against immigrants and minorities from different backgrounds by subjecting them to different treatment through separate divisive systems, such as Sharia courts and other religious tribunals. Muslim women and children of Muslim parents are especially likely to suffer the most from this approach.

The question which should be asked here isn't whether these councils discriminate against minorities and citizens from 'different' backgrounds or not, because they clearly do. The actual question is whether the government actually cares about what is happening.

It is high time that the government asserted one law for all.

Nahla Mahmoud is an environmentalist and human rights activist. This article was originally posted in Left Foot Forward and is reproduced with the author's permission.