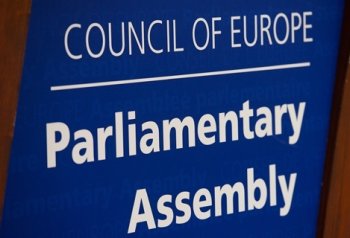 Twice recently the generally progressive Parliamentary Assembly of the Council of Europe (PACE) has been ambushed by a minority faction of reactionary religious deputies who have forced through amendments to resolutions completely contrary to their main sense. A resolution on the need to safeguard access to reproductive health services in the face of widespread exercise of conscientious objection was subverted by the insertion of an unqualified right to conscientious objection for everyone and every institution. Later, a resolution about living wills was prefixed by a clause denouncing assisted dying and euthanasia in all circumstances.

PACE met again last week, and anyone reading the reports on Christian websites on Thursday (April 25) could be forgiven for thinking we had suffered another defeat. "Council of Europe tells Member States to respect conscience and accommodate religious beliefs in the public sphere" said one; "Council of Europe Hailed for Religious Freedom Resolution" said another.

But in fact the reactionary religious right had just suffered a serious setback, barely disguised in the more honest reports: it was "an important — although limited — recognition of religious and conscience rights".

The PACE Political Affairs and Democracy Committee had commissioned a report from Luca Volontè, an Italian MP and friend of the Vatican, on violence against Christian communities outside Europe. Volontè, who has happily lost his seat in the Italian parliament, making this his PACE swansong, instead produced a report that focussed much of its attention on Europe and extended 'violence' to include 'psychological violence' so as to bring in all the old myths of persecution of Christians.

With his report came a draft resolution that would have been a major setback if adopted. Cleverly drafted, it endorsed the right to religious freedom, backed conscientious objection in 'morally sensitive matters', underlined the 'liberty of parents' to decide the religious education of their children and so on – matters which taken in isolation were recognisable parts of the general apparatus of human rights. But the resolution entirely ignored the rights of non-religious people and it omitted all the limitations on the manifestation of religion that have always been part of the European Convention on Human Rights.

In the ten days before the resolution was debated a small group of representatives of INGOs concerned with the rights of non-religious people (myself for IHEU), women and gays and lesbians worked in close collaboration to draft the necessary amendments. These extended references to 'religious communities' to 'communities and individuals defined by religion or beliefs', added provisos to safeguard the rights of others to be free from discrimination and to guarantee access to lawful services, and added promotion of objective education about non-religious beliefs to education about religion. Elsewhere, a new clause was proposed on the problematic status of women and girls in 'many traditional religious settings' with mention of 'honour killings, bride burning, forced marriages, female genital mutilation'. A key new clause called for respect for religious beliefs and traditions 'while guaranteeing that a due balance is struck with the rights of others'.

Then we lobbied members of PACE to introduce these amendments — the ones extending religion to 'religion or belief' were taken up for us by the UK MP Michael Connarty — and we lobbied the party groups in the Assembly, pointing to the dangers hidden in the resolution as drafted.

The result was that the three centre/left party groups — the Unified European Left, the Socialists and the Alliance of Liberals and Democrats for Europe — all spoke and voted officially for the amendments. (Reports on religious websites suggested that the attack came from 'Scandinavians', presumably because the group spokesmen happened to come from Sweden and Denmark!) Not only that, but the great majority of the individual deputies from the other groups also supported the amendments.

From the religious right's point of view, the resolution, adopted by a huge majority, was a poor substitute for the coup they had intended. It is not perfect for us either, but it has enabled us to identify some more friends in the Assembly and to give Luca Volontè a fitting send-off.

But Volontè was merely the agent for the reactionary religious organisations that are our real opponents, notably the European Centre for Law and Justice, whose Gregor Puppinck was probably influential in drafting the original report and who has taken the lead in putting out misleading interpretations of what happened in Strasbourg last week. We need to remain vigilant…

David Pollock is Head of Delegation to the Council of Europe in Strasbourg for the International Ethical and Humanist Union (IHEU) – a worldwide group to which the NSS is affiliated.