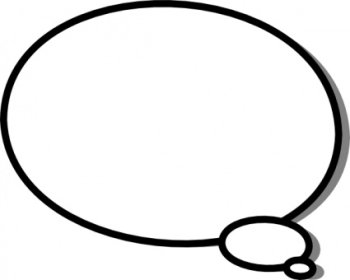 But in the end, we plumped for this imaginative entry from Veronica Wikman:

Thought for the Day by Veronica Wikman

Spring has arrived and allotment sites all over Britain are once again a hive of activity. People are busy digging, sowing, planting and pruning. And in between they chat to their neighbours, exchanging views on the merits of carrots and cabbages or sweet peas and sunflowers, and the latest tips on how to stop slimy slugs and snails in their treacherous tracks.

Allotments attract all kinds of people. From the young and trendy with their funky, floral pattern wellies and packets of wild flower seeds, to elderly enthusiasts for whom allotment gardening was never a fashion but a practical means of bringing food to the table and making a small pension go further.

I think an allotment site is a perfect illustration of the secular society. Imagine if Britain was one huge allotment site, made up of equally sized plots, one for each citizen. On this imaginary allotment site the plot-holders would have the freedom to grow whatever they liked on their individual plots, as long as they respected the boundaries between the allotments and kept their plants from invading or overshadowing neighbouring plots.

As on any allotment site, there would be a fantastic variety of plants. Some people would grow only vegetables. Others would grow only flowers. Most people would probably grow a bit of both, and perhaps some soft fruit as well. Everyone would rub along happily in this cultivated equality and equality of cultivation, because two essential concepts would co-exist: freedom and fairness. Freedom to grow whatever you like. Freedom to express your preferences. Freedom to indulge your interests. And fairness too, because everyone would get an equal share to do so. Nobody would be allowed to impose their interests or preferences on you. Nobody would have the right to force you to grow carrots or calendulas or to demand that you give up part of your plot to benefit the tulip appreciation society. Everyone's rights and freedom would be respected.

It is natural to assume that people with a passion for a particular plant would want to form their own clubs. So there might be a tulip appreciation society, for example. Members of the tulip appreciation society would congregate in a garden shed and spend many hours discussing the virtues of the various tulip species in existence and would delight in the awe-inspiring beauty of this spectacular flower. The most devout among the members would devote their entire plots to the cultivation of tulips, perhaps even to just one particular type of tulip.

"I can't understand people who don't want to grow tulips!" would be a common remark among members in the society, uttered with a considerable degree of disbelief. "How could you not love this wonderful, exquisite flower??"

One of the members would tell the true story of how he had tried, in vain, to persuade his neighbour to grow tulips instead of carrots. Even going as far as offering free tulip bulbs and inviting him to a meeting of the society had not had any effect. "I feel so sorry for him, not having the opportunity to learn about tulips!"

It was generally agreed that it was a great shame that tulips weren't grown on all allotments and that it would be so much better if this could be changed somehow. "Let's gather all the children, let's make them learn to respond to the significance of tulips and decide to become tulip followers for the rest of their lives!" suggested one member. "But wouldn't that violate their freedom to grow what they like when they are old enough to get their own plot?" said another.

Yes, it would, and that's why this method would never be acceptable in a secular society. Because a secular society is about all of us living together in freedom, fairness and respect. Let's make that happen! Let's grow a secular state. 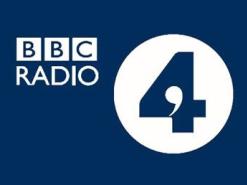