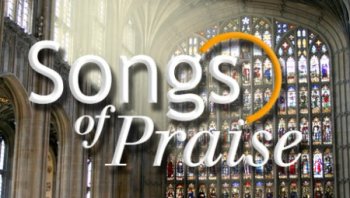 A new report, confirming previous research, shows that religion is the least popular genre of programming on TV.

TeleScope is an annual TV industry report produced by TeleHappiness, an initiative of TV Licensing. It looks at the UK's television viewing habits – identifying how we're responding to new technologies and how our viewing patterns are changing.

The National Secular Society has argued for a long time that TV — particularly the BBC — gives far too much airtime to religion. The vast majority of viewers obviously don't want or appreciate it, and given that we have so many channels on so many platforms that specialise in it now, there is no need for the national broadcaster to devote so much of its resources to religious broadcasting.

On my TV set top box I can now get dozens of religion channels representing all faiths if I want them. They are commercially self-sustaining and can be easily avoided by those who aren't interested.

The BBC Trust is currently conducting an inquiry into religious bias on TV, to which the NSS has contributed.

Despite this further evidence that its audience isn't interested, the BBC gave over almost the whole of its Tuesday morning news programme this week to cover the inauguration of the new pope in Rome. Catholic bishops and fawning BBC presenters gave the Catholic Church a completely clear run at presenting itself as something virtuous, valuable and spotless.

James Naughtie, the Radio 4 Today presenter, lost all sense of proportion as he put on his most unctuous voice to describe the arcane rituals involved in the overblown ceremonial. The only good thing about it was that the new "humble pope" reduced the palaver by an hour.

All consideration of child abuse and attendant cover-ups, financial irregularities, sex-crazed Cardinals and viciously anti-human papal teachings were swept under the carpet as the BBC (and just about every other news station) got carried away in the inflated theatricality of this ghastly gerontocracy.

At the same time, the BBC has announced its Easter schedule. It starts with the Archbishop of Canterbury on Thought for the Day – Mr Welby will also be interviewed on Songs of Praise, where he will discuss the "significance of Holy Week".

Radio 4 will broadcast a live service of worship from Liverpool Cathedral. Reverend Lucy Winkett will give the final in a series of Lent lectures on Radio 4. The Bishop of London will present Prayer for the Day.

The Mystery of Mary Magdalene on BBC One will see Melvyn Bragg set out to "unravel the many questions surrounding one of the Bible's most vivid, and to some, controversial figures."

Ann Widdecombe will be given a programme to moan about Christianity being "mocked by comedians". The Church of Scotland service will be broadcast on BBC One followed immediately by the pope chuntering in Latin on a balcony in Rome.

Head of religious propaganda at the BBC, Aaqil Ahmed, commented: "Easter is the cornerstone of Christianity and the programmes across the BBC reflect the beauty and mystery of the season through sacred music, reflection, live worship and documentaries".

And any critical commentary, it appears, will not be tolerated.