Is the Catholic Church at last getting the come-uppance it has so long deserved? 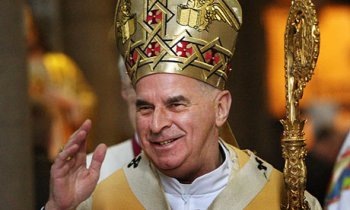 Freedom of religion is a vital freedom and one that must be protected.

As a secularist I know I should not be concerned about the inner workings of churches and, so long as they remain within the law, they should be able to organise themselves as they wish. They should be able to create doctrines by which their followers are obligated to live and, at least in the West, nobody is obliged to follow a religion they find uncongenial.

But all the same, it is taking much discipline to resist the feelings of schadenfreude at the accumulating catastrophes that are assailing the Catholic Church. And trying not to wallow in the hope that more will follow.

If ever an institution has been in need of humbling, it is this one.

If it were prepared to keep its unreasonable, inhumane teachings to its own members, we would not protest. But increasingly it tries to impose those teachings on the world outside by the ruthless pursuit of secular political power. Not content to forbid abortion and contraception to its own faithful, it tries to deny them to us all.

It instructs its bishops to agitate in the political arena, it threatens Catholic politicians who do not vote in the way they "should" and it operates covertly behind the scenes using its diplomatic power to gain access to the decision makers.

And yet despite its manipulation of the democratic processes, it does not operate democratically itself. It answers no questions, covers its secrets and hides its corruption behind impenetrable walls.

Now we have the case of Cardinal Keith O'Brien, a classic example of church hypocrisy coming back to give him a well-earned bite on the bottom.

Like many holy men before him (such as the US televangelists Jim Bakker and Ted Haggard) it appears that his virulent attacks on homosexuality may eventually be shown to be little more than a cover for his own tendencies in that direction.

As is usual with the Catholic Church, everything possible is being done to stop this scandal unravelling any further. O'Brien has been rapidly dispensed with in the hope that no further details will emerge. Faint hope of that.

And still the questions swirl around the head of Ratzinger. Why precisely has he decided to resign? Old age and infirmity? Perhaps, but the agitation of the Vatican's officials who are berating the media for daring to speculate suggests that there is more to come.

But still the Church thinks it can simply dismiss its scandals in the hope — as in so many times in the past — they will soon be forgotten. That is certainly the way that Cardinal Cormac Murphy O'Connor is behaving. He had the gall to sit in front of TV camera yesterday and say that the church must be "transparent" about child abuse.

This from the man who, when he was Bishop of Arundel and Brighton, covered up the activities of one of the worst clerical child abusers this country has seen. It is one of the mysteries of the age as to why the BBC investigation into his wrong-doings was dropped and why the secular authorities did not take action.

It seems there is now developing a dual perception of the Catholic Church.

On the one had there is the corrupt, scandal-ridden hierarchy and on the other the ordinary Catholics in the pew who are struggling to hold on to their loyalty to the church.

Whatever good individual Catholics do in the world (and it is substantial good), it is undermined by the rottenness in Rome.