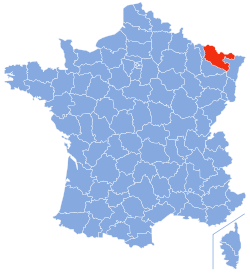 A challenge to the exception of Alsace-Moselle from the 1905 French law that separates church and state has failed.

A previously unknown secularist group appealed to the Constitutional Council (a body dedicated to validating the constitutionality of laws), claiming that the current status in Alsace-Moselle contradicts the secular nature of the Republic, as stated in Article I of the 1958 constitution of the 5th Republic.

In its reasoning it said Article I of the constitution contains wording that permits exceptional provisions (as in Alsace-Moselle). Secondly, the State upholds secularism by recognising the four religions already recognised in the concordat of 1801 (Catholic, Lutheran. Reformed Protestant and Jewish).

Lastly, the Council said, both the writer of the constitution of the 4th Republic (1946) and that of the 5th (1958) didn't deem it necessary to end the Concordat regime in those departments.

The Concordat signed in France in 1801 between the Emperor Napoléon and the Pope gave the Emperor the right to appoint bishops. This Concordat was repealed in 1905 by the enactment of the Separation Law but it is still in effect in Alsace-Moselle because at that time it was part of Germany. In Alsace-Moselle the leaders of four religions already recognised in 1801 are appointed by the state.

The French Federation of Freethought (Libre Pensee) said it was unsurprised by the decision.

But one would have to be a little naïve to think that the Concordat problem, and more generally the clerical status in Alsace-Moselle, could be settled by a legal appeal.

If it seems strange that nobody has tried an appeal before — and particularly the French Federation of Freethought — it's because changing it is no longer a constitutional issue, but a political one.

Repeatedly, the French Federation of Freethought opposed those who wanted to introduce a "magical" priority question of constitutionality because for us, as for the 1789 Declaration of the Rights of Man and of the Citizen, the 1905 Separation Law is part of the body of Constitutional law. The juridical and political short cuts lead to an impasse.

Now the 46th proposition of François Hollande is definitively dead. (He wanted to incorporate the main principles of the 1905 law into the constitution, with the addition of the second clause in the first article of the constitution: "The Republic ensures freedom of conscience, guarantees the free practise of religions and respect the separation of Churches and State, in accordance with the first title of the 1905 law, subject to the specific rules set out in Alsace-Moselle."

The decision of the Constitutional Council absolutely conforms to the provisions in force in the institutions of the European Community. There are 14 Concordats in Europe and the Lisbon Treaty protects the antidemocratic advantages of the Churches inside the European Union.

In France, with the Third Act of Decentralization, which will be debated later this year, and which proposes to allow local authorities much more leeway to "experiment", there is a serious risk that the influence of the Concordat will begin to spread.

The French Federation of Freethought has chosen another approach. It is calling all the authentic secularists to join the demonstration on May 4th 2013 in the place Kleber in Strasbourg, for the repeal of the Concordat. 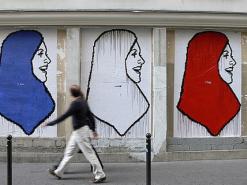 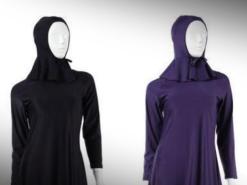 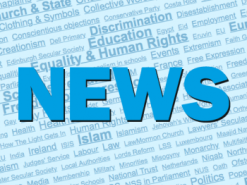 Cardinal Philippe Barbarin has been told by the prosecutor that he will not face charges following allegations that he had failed to report...