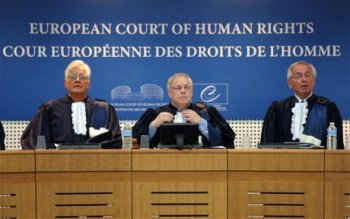 Ronan McCrea, a barrister who helped prepare the National Secular Society's intervention, explains why this week's ECHR ruling does very little to change the rights of believers in the workplace.

The recent judgement of the European Court of Human Rights in the landmark case of Eweida and Others v United Kingdom was billed as the most significant case on freedom of conscience and religion in many years. It was largely satisfactory from the point of view of the National Secular Society.

The Court rejected the claims of three of the four claimants. Gratifyingly, it did so on the basis of the two core arguments made in the intervention made by the Society in this case. In relation to the cases of Ladele and MacFarlane where the applicants sought an exemption from having to comply with a policy of non-discrimination on sexual orientation, the Court backed our central argument that discrimination law is not merely about protecting service provision but also aims to protect the dignity and equal citizenship of gay and lesbian individuals. It therefore concluded that a failure to grant a "conscience exemption" from these norms was legitimate. Indeed in paragraph 78 of the judgement, the Court specifically cited the National Secular Society's submissions which had noted how the British parliament had given detailed consideration to the question of conscience exemptions before concluding that such a provision should not be included.

The Court's decision in favour of Ms. Eweida was seen as having a "whiff of tokenism" by Adam Wagner and as politically shrewd by Joshua Rozenberg, two leading legal commentators and it certainly was a rather narrow, factually-specific win which is unlikely to have a wide impact. Others, including the dissenting judgement of Sir Nicholas Bratza the UK judge in the case, criticised the majority decision for micro-managing these cases to an inappropriate degree.

It does seem remarkable that British Airways, which offered to investigate Ms. Eweida's complaint, offered her a uniform free non-customer facing role for the duration of the investigation, changed its uniform policy to allow her to wear the cross and allowed her to return to her old job was held to have violated Article 9 rights. The Court seems to have felt that the failure to immediately allow her to wear the cross amounted to some sort of violation. It also cited the fact that the company later changed its policy as a reason to find a violation arguing that this meant the original prohibition was not justified.

Such an approach may prove impossible to operate in practice. Employers are surely entitled to take time to consider requests for changes to staff uniforms. If subsequently altering uniforms can be used against employers as it was in the Eweida decision then employers may fear making reasonable accommodations when requested. All in all Ms. Eweida may well have been entitled to wear her cross. After all her employer permitted workers to wear turbans and hijabs. However, BA adapted its uniform policy to allow her to do this quite quickly and was very accommodating towards her in the interim.

The facts of this case were carefully examined by the UK courts which carefully balanced the rights in question and found no violation. In reaching its decision, the Strasbourg Court seems not to have respected its declared policy of allowing Member States a margin of appreciation in these matters.

Dr Ronan McCrea is a barrister and lecturer in the Faculty of Laws at University College London. He is the author of Religion and the Public Order of the European Union (Oxford University Press, 2010). Dr McCrea assisted the NSS with its submission (pdf) to the European Court of Human Rights. Read his blog on these cases on the website of the UK Constitutional Law Group.

See also: No change in the law needed after European verdicts, says lawyer

What does the Eweida ruling really mean for employers?

What the rulings mean for local authorities