How to make “nones” disappear: a lesson in statistics from Northern Ireland 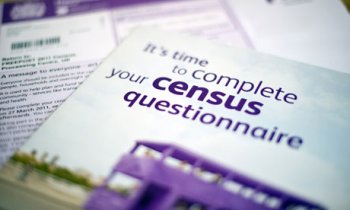 There is an old Belfast joke about the man stopped at a roadblock and asked his religion. When he replies that he is an atheist he is asked, "Protestant or Catholic atheist?" (Christopher Hitchens, God is Not Great, 2007)

This week's press coverage of the census results for Northern Ireland has focused on the small relative increase in the Catholic population. As an atheist and secularist, however, my attention was focused on the percentage of the population who do not identify as religious.

The dramatic increase in those who state that they have no religion in England and Wales (15% in 2001 and 25% in 2011) appears to have little parallel in Northern Ireland. The coverage seems to suggest a much lower incidence of atheism than England and Wales and a corresponding higher level of religiosity with over 93% of the population identifying as either Protestant or Catholic.

7% say they either belong to another religion or none.

The figures published on Tuesday also show 45% of people say they are Catholic - a slight rise since the 2001 census. But the numbers who say they are or were brought up Protestant has fallen by 5% to 48%.

Just over 5% of people in Northern Ireland said they do not belong to any religion.

A look at the real statistics however reveals these reports to be misleading and inaccurate, a situation aggravated by the wording of the NI census which differs in significant ways from the census of England and Wales.

While respondents in England and Wales were asked a straightforward question, "What is your religion?" and given a choice of various options including "No religion" their counterparts in NI were presented with a more complex query.

Question 17 asked "What religion, religious denomination or body do you belong to?" potential responses being Catholic, Presbyterian,ChurchofIreland, Methodist, other (which can be specified) or none.

Question 18 asked "What religion, religious denomination or body were you brought up in?" potential responses being Catholic, Presbyterian,ChurchofIreland, Methodist, other (which can be specified) or none.

So what? What's the issue? Is it not important to establish the demographics of religious background inNorthern Irelandgiven the sectarian tensions? Possibly, but that is not the point. The point which needs to be made here is that ONLY those who responded 'none' in question 17 were required to answer question 18. Those who identified with a religion in question 17 were not queried on their religious background.

Furthermore, if you chose not to answer the second question then the Northern Ireland Statistics and Research Agency (NISRA) responded on your behalf using EDIS (the Edit and Donor Imputation System) which essentially 'predicts' a response according to your response in other fields.

In other words, unless you had no religious element to your upbringing, you have to identify with a religion for the purposes of the 2011 census.

As an atheist who had a protestant upbringing (in England, not NI) and wanted to ensure that my identity was recorded as atheist or 'none', this was extremely problematic. My major concern was that the second question was being used to shoehorn atheists, agnostics, humanists and non-theists generally into the Catholic/Protestant binary rather than allowing them to identify themselves as they saw fit.

This would be less of a problem if there were two separate data sets, one for religion and one for religious background but the data was not recorded this way (as only non religious respondents were queried about their religious upbringing) and is subsequently not being reported this way. Although NISRA provides separate tables for 'Religion' and for 'Religion or Religion brought up in' on their website, most media outlets have chosen to report the latter, not the former.

And here is the difference:

5.59% of the population are classed as 'none' in the 'Religion or Religion brought up in' table.

In other words, over 10% of the NI population describe themselves as having 'no religion'. This is very different to the 'just over 5%' reported by UTV.

Why is this important?

As politicians use the census statistics to form policy and allocate resources this type of misrepresentation is extremely significant. The use of data conflating religion with religious background produces an image of Northern Ireland which is significantly more religious and significantly less diverse than is actually the case. This reinforces the Catholic/Protestant binary and justifies the continued intrusion of religion into lawmaking in NI (see the restrictive abortion legislation for example).

More broadly, the conflation of 'religion' with 'religious background' perpetuates the idea that the religion of our parents defines our own religious identity and produces religion as something essential to the individual rather than something which can be changed, challenged and/or rejected.

For the purposes of the NI census, it seems, atheists really are 'catholic atheists' or 'protestant atheists'