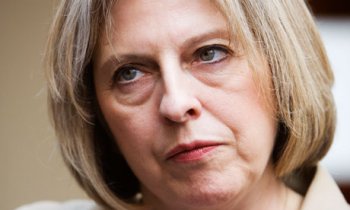 Secular and anti-discrimination campaigners did however persuade the previous Labour Government to amend the Equality Bill, to include an enabling power to make caste a protected characteristic as a result of which discrimination and harassment on the grounds of caste would be outlawed.

This means that the power can be triggered by a Minister without further primary legislation if and when it was considered appropriate to do so. One reason for this "half way house" was that the (then Labour) Government was largely persuaded by the representations of anti-caste groups, peers and the National Secular Society, but wanted to make sure there was credible independent evidence of discrimination before legislating fully.

So at the same time as tabling the amendment, the Government commissioned a report into the prevalence of caste prejudice and discrimination in the UK which was undertaken by the National Institute for Economic and Social Research (NIESR).

There was a change of Government shortly after the Act was passed and the report (pdf) was subsequently published. It found significant evidence of caste discrimination, harassment and bullying in employment, education and the provision of services, including care.

It estimated that the UK population includes somewhere between 50,000–200,000 of low caste communities, living in 22 localities. It said: "Alleged caste discrimination and harassment in the area of work were identified in respect of bullying and harassment, social exclusion, recruitment, promotion, task allocation and dismissal."

Journalist and NSS honorary associate Nick Cohen described the report as little more than "a list of pointless cruelties."

The new Government has nevertheless resolutely refused to trigger the power.

Thankfully, support is at hand from the United Nations. Earlier this year the UN Human Rights Council increased the pressure on the British Government by calling on it to "develop a national strategy to eliminate caste discrimination, including the immediate adoption of the clause in the Equality Act … in accordance with its international human rights obligations".

The recommendation was made following the Universal Periodic Review (UPR) of the UK, a process through which the human rights records of the United Nations' Member States are reviewed and assessed. A submission (pdf) to the UPR by the National Secular Society and International Humanist & Ethical Union advocated precisely this action.

In a formal response (pdf), the UK Government has said the recommendation "does not enjoy the support of the United Kingdom" and that it is "considering the evidence" available to it.

Campaigners have accused the Government of dragging its heels on the issue. The Dalit Solidarity Network has now launched a petition calling on Home Secretary Theresa May to activate the aforementioned clause in the Equality Act, and ensure that caste discrimination is outlawed in the UK.

Likewise, after years of inertia, the Equality & Human rights Commission has also come out in support of the introduction of legislation.

In the Indian sub-continent, over 250 million people are directly affected by caste based discrimination. Victims find themselves on the receiving end of brutal discrimination affecting their daily livelihood; access to jobs, education and employment, health and access to public services.

The increase in population of those who have arrived in the UK from the Indian Sub-continent means the communities that have settled here have also brought with them their own social habits, norms and religious customs – such as the institution of caste.

The National Secular Society has expressed concern that action to tackle caste discrimination is being impeded by vested interests from within the communities affected.

Both the Hindu Forum of Britain and Hindu Council UK oppose legislation to outlaw caste discrimination. Despite overwhelming evidence to the contrary, they claim that there is either no or very little caste discrimination in the UK. Anil Bhanot, General Secretary, Hindu Council UK has said that UK born Hindus are "hardly aware of the old hierarchies of the caste system". The heart-rending testimonies in the NIESR research paint a very different picture.

It can't be right that a modern democracy such as ours stands by while its citizens suffer on grounds of caste based discrimination. It's time the Government got off the fence, and instead, offered hope to the tens of thousands of British Asians whose lives are blighted by such prejudice.