The new Archbishop should have no special say 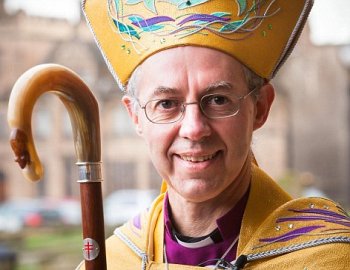 The Times's top leader yesterday welcomed the appointment of Justin Welby, Bishop of Durham, to succeed Rowan Williams as Archbishop of Canterbury. From what I hear of Welby, he is a thoughtful man who is likely to be an effective Church leader. Where I differ from our argument is the notion that Welby's ecclesiastical leadership entitles him to any special say in public affairs.

The Church of England is entitled to express a collective view on any civic issue, but even its historic role entitles it to no special say in policy, let alone a formal constitutional role. Why should it? Our argument as a newspaper is that Welby represents the claims of faith in a secular and pluralist culture. But we don't argue why faith should have an inherent virtue. I don't believe it has any: there is too much faith and not enough reasoning in public affairs. Reason has its limits, but the sceptical and scientific method – by which no one has a special say, and empirical claims are always subject to scrutiny and revision – is the most reliable course we have to knowledge.

I'm concerned that the Church is enjoying an intellectual deference even though religious observance has declined over the past 50 years or so. When William Temple, Archbishop of Canterbury from 1942-44, wrote his immensely influential book Christianity and Social Order, which affected the thinking of postwar policymakers on the welfare state, he felt the need to justify his "interference" in the secular realm. Now, as religious belief has become increasingly untenable, the role of the Church appears to be little other than theatre, ritual and declaratory pronouncement.

There is a value to society in the views of the Archbishop of Canterbury if, and only if, they adhere to the canons of evidence that any thinking person should follow. The Jeffersonian principle of the separation of civic and religious authority is an essential principle of a free society. The Church is entitled to religious liberty and freedom of speech, but it is not entitled to a privileged hearing, nor is faith a source of strength.