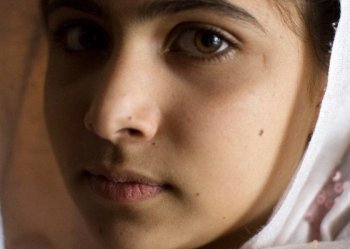 Statement by UN High Commissioner for Human Rights Navi Pillay on the occasion of the International Day for the Elimination of Violence Against Women (25 November).

"Ensuring women's and girls' rights, eliminating discrimination and achieving gender equality lie at the heart of the international human rights system, starting with article 1 of the Universal Declaration of Human Rights which states unequivocally: 'All human beings are born free and equal in dignity and rights…'

On 9 October, 64 years after those famous words were written, 14-year-old Malala Yousufzai was shot in the head and the neck on her way back from school in the town of Mingorain Pakistan. The shocking attack by the group commonly referred to as the Pakistani Taliban was followed by a public statement in which they threatened to kill anyone else, including women and children, holding views they disagree with.

"Malala was targeted for her prominent role in promoting the fundamental right of education for girls and for criticizing the Taliban for actions such as destroying girls' schools and threatening to kill girls who attend them. The fact that they tried to do just that to her brought into sharp focus the extreme intolerance and physical danger facing many girls who try to exercise their basic human right to education in many other countries.

"The sad truth is that Malala's case is not an exceptional one and, had she been less prominent, her attempted murder might have passed more or less unnoticed. Despite all the advances in women's rights around the world, violence against girls and women remains one of the most common human rights abuses – and the assault on their fundamental right to education continues in many countries. Often, as in Malala's case, the two phenomena are closely related.

"In Pakistan's neighbour, Afghanistan, for example, the situation has been chronic for much of the past three decades. During the country's various evolving and overlapping conflicts, girls' education ground to an almost complete halt. Since the Taliban were removed from power in 2001, they have reverted to guerrilla tactics which have included – as a matter of policy -- attacks on girls and women, especially in relation to their attempts to receive education.

"In the first six months of 2012 alone, the United Nations Assistance Mission in Afghanistan (UNAMA) verified 34 attacks against schools, including cases of burnings of school buildings, targeted killings and intimidation of teachers and school officials, armed attacks against and occupation of schools, and closures of girls' schools in particular. Incredibly, there have even been at least three separate attempts this year to poison girls attending schools inAfghanistan, with over 100 girls affected on each occasion.

"The risk of violence against girls travelling to and from school also deters many from attending at all – and not just inAfghanistanandPakistan. Household surveys in many countries identify distance as a major factor in parents deciding not to send their daughters to school, with security concerns one of the main reasons.

"It is estimated that education – especially, although not exclusively, girls' education -- has been subjected to deliberate attacks in more than 30 countries because of religious, sectarian, political or other ideological reasons.

"No continent is free from these practices. Such attacks on education unfortunately take place all over the world, including in Africa, the Middle East, Europe and Latin America, and girls are often disproportionately affected, either directly, or because their parents fear for their safety, worry about sexual violence or simply -- because of traditional values or lack of education themselves -- value their daughters' education less than that of their sons.

"Malala's bravery in confronting such practices touched a chord internationally. The attack led to an unprecedented outpouring of popular anger and major protests in favour of girls' education inPakistanitself and in a number of other countries in the region. Presidents, politicians, celebrities and other opinion-makers, as well as many, many ordinary people across the world were stirred by this grotesque attack, and the spectre of a brave little girl fighting for her life in hospital. Important Pakistani and international educational initiatives have been launched in her name.

"But, to do real justice to Malala and the cause she serves, we should do more than this. Her sacrifice should not be a six-week or six-month wonder. We must sustain and increase the momentum she has created, and stand up for every girl's fundamental right to education. 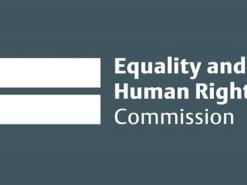