Time to challenge the religious slaughter of animals 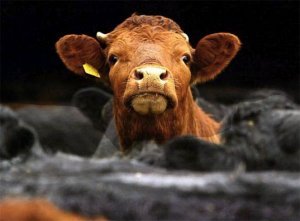 Last week, the Birmingham Mail reported that Birmingham City Council's trading standards department had seized hundreds of chickens as part of an investigation into selling of meat wrongly labelled as halal to Muslims.

It turns out that some businesses had been selling meat to consumers that was labelled as 'halal' when in fact it had not been slaughtered in the way some Muslims demand.

According to trade papers, Birmingham City Council swooped on the alleged rogue traders after a vigorous "You are what you EAT" campaign run by the Association of Non Stun Abbatoirs on Islamic TV Channels.

Fair enough. All consumers have a right not to be misled about the products they are purchasing. What surprised me about this story was the disingenuous claim by Birmingham City Council that all citizens are equally protected.

A spokesperson said: "The action by the Council is part of a wider exercise to ensure all communities within Birmingham are supplied with food which is properly labelled and marketed, in order that it meets their requirements. Meat should be described appropriately to allow consumers to make an informed choice of purchase. Where meat is labelled as halal, then that is what it should be. Equally where meat is labelled as non-halal, then that is what should be provided."

These are fine sentiments and I couldn't agree more. But the fact is that people wishing to avoid meat from religious slaughter are given no opportunity to make an informed choice. Despite the best efforts of the National Secular Society and a number animal welfare groups, there is no requirement under UK or EU law for the meat from animals slaughtered without stunning to be labelled as such. As a result, ritually slaughtered meat is routinely being sold on the general market to unwitting members of the public. Many food outlets, including our schools and hospitals, routinely serve ritually slaughtered meat to customers, often for reasons of convenience. Trading standards appear powerless to stop this and to suggest otherwise, as they did, was misleading.

Animal welfare legislation requires animals to be stunned before slaughter in order to minimise suffering. The only exemption is for religious communities to meet Jewish and Muslim religious requirements.

The law supposedly restricts meat killed by the Jewish method of slaughter for the food of Jews and by the Muslim method for the food of Muslims. However, the Government admits this targeting of supply is not enforced – which means if you eat meat, you're probably eating religiously slaughtered meat whether you like it or not.

Research shows that it is more humane to stun an animal prior to slaughter than not to do so. It is therefore reasonable to expect that, for as long as exemptions are granted to religious communities, all meat from religious slaughter should be appropriately labelled, enabling consumers to decide whether they want to eat it or not.

The Government has toyed with idea of labelling for some time, but when proposals for labelling came before the European Parliament, the UK failed to support them – almost certainly influenced by the well orchestrated opposition from Jewish lobby groups.

What would be preferable to labelling, of course, is the ending of the exemption that allows animals to be killed without pre-stunning. I'm a firm believer in religious freedom, but not without restrictions. I see no reason why religious groups should be able to opt-out of animal welfare regulations which apply without exception to everyone else. It's worth pointing out that freedom of thought, conscience and religion is a qualified right, which means that an interference with the right can be justified in certain circumstances. Surely the welfare of animals provides such a justification.

The Department of Food and Rural Affairs (DEFRA) is currently preparing a consultation which will include consideration of whether stunning should be a requirement. (The Scottish Government launched its consultation last week).

This presents us with a rare opportunity to challenge this particular religious privilege, so let's not let it pass.