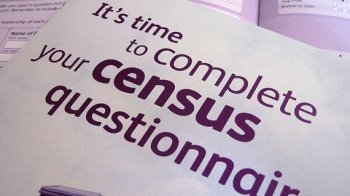 A new study of what people mean when they say they are "religious" or "spiritual" has been published by the Oxford University Press (Believing in Belonging: Belief and social identity in the modern world by Abby Day, £55).

The book begins with the intriguing question about why 72% of English people identified themselves as Christian in the 2001 census when less than 10 per cent regularly attends a place of worship.

Is it because the English are much more religious than is realised? Or is there another reason – to do with ethnicity and a desire not to be identified as a Muslim?

The author of the book, Abby Day, conducted in-depth interviews with 68 people in North Yorkshire to find out why they had ticked Christian. She takes into account the problem of the census form being filled in for everyone in the house by the head of the household and the fact that the question "What is your religion" already suggests to people that they have a religion.

She concludes that it is probably more accurate to distinguish now between human-centred orientations which rely on community and other relationships (by which she does not mean humanism) for focus, and theocentric orientations which are typical of practising religionists.

People don't seem to think in terms of religious or secular orientations. Most people have lifestyles centred around their relationships with other people, but a minority also throw in an active relationship with the church. Both are likely to regard themselves as Christian, even those without the least bit of interest in theology or the church.