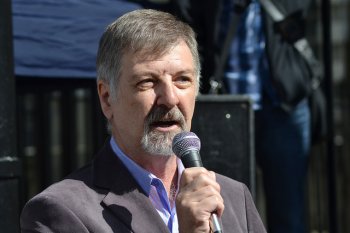 If you've seen the newspapers this morning or the TV news, you won't need me to make the case for secularism.

I have to admit, though, that neither secularism nor anything else could have controlled the insanity that has swept the Middle East and beyond over the past few days. There is religious madness involved, but also religious manipulation. This is as much about power-seeking as it is about offence at a film.

These Islam-dominated nations have a long way to go before secularism - as we understand it - even becomes a remote possibility, but in Europe we are ready.

The people – when they are asked – say that they don't want religion to interfere in politics. They don't want priests in parliament. They don't want the pope's vision of the world. And yet politicians of all hues still indulge the would-be theocrats.

The Vatican is accorded ridiculous influence in the institutions of the European Union. It is undemocratic and there is no justification for it. But whenever an issue arise of what they see as "conscience" (and we would regard as of human rights) their voice prevails above everyone else's.

We in Europe are ready and prepared for gay marriage. Many nations already have it and the terminal consequences that the Vatican and the Church of England predict did not come to pass.

A woman's right to abortion is secure almost everywhere in Europe – except in those nations still dominated by the Catholic Church.

In stem cell research, in the right to unfettered access to contraception, in the matter of choosing our own moment to die – in all these issues the churches seek to impose their doctrines by law on not just their congregations, but on everyone.

It is time now for politicians to lose their fear of religious leaders, to accept that they can't corral their followers into a voting bloc, and to give the people what they want - a peaceful, tolerant and progressive society.

We will never have such a society while politically-motivated religious bodies are permitted to call the shots.

Secularism is the answer. Of course religion and religious believers have a place in a democratic society, but that place must not be privileged above anyone else's.

Secularism can underpin democracy to bring fairness and justice to everyone, without fear or favour. Make sure you take every opportunity to make that case.

Thirty years after the government banned local authorities from 'promoting' homosexuality, Terry Sanderson reflects on the hysteria that prompted Section 28, the fear it caused and the backing religious...