Springtime for defamation of religion 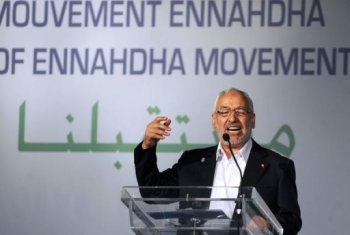 The US Department of State and numerous human rights organizations have prematurely heralded the end of attempts to entrench an international norm prohibiting blasphemy at the UN. In 2011, Human Rights Watch (HRW) celebrated what it labelled the implicit rejection of defamation of religion and US Ambassador-at-Large for International Religious Freedom Suzan Johnson Cook touted as "historic" the UN Human Rights Council's (UNHRC) decision to forgo — for the first time in over a decade — a resolution addressing defamation of religion.

What was ignored during the self-congratulatory period that followed is the stark reality that the Organization for Islamic Cooperation (OIC) — the primary backer of the ban on defamation of religion — in no way considers the concept implicitly rejected or, for that matter, a relic of history. On the contrary, Pakistan's ambassador to the UNHRC, while representing the view of the 56 OIC member states, affirmed that a new consensus resolution addressing the need to combat intolerance did not replace "earlier resolutions on combating defamation of religions which...continue to remain valid." Several months later, to underscore the point, the OIC renewed[PDF] its standing resolution reaffirming the existence of an international norm outlawing defamation of religion. It also lent defamation of religion preeminent status as a core issue in its annual Final Communiqué — outweighing consideration of nuclear disarmament and the conflicts in Afghanistan, Syria, and Iraq combined. Confronted with these telling indicators, the administration of US President Barack Obama opted for silence as a policy response at every turn. And now, the US government stands poised to be the bankroller for a new crop of legislative efforts to prohibit blasphemy in states transitioning to a post-Arab Spring era of democratically elected governments.

Evidence of this phenomenon is embodied in a national assembly bill introduced last week by Tunisia's ruling Islamist Ennahda (Renaissance) party. The new law proposes to criminalize any blasphemy of the Abrahamic faiths, whether by statement, act, or image, regardless of whether the expression was intended as a mere insult or an effort at irony or sarcasm. As punishment for such expression, the law would mete out prison sentences ranging from two years to four years for repeat offenders. Similar restrictive laws have existed for decades in states such as Egypt, Pakistan, Saudi Arabia and Indonesia, but have no place in a genuinely free and democratic Tunisia.

This blasphemy tipping point comes on the heels of Ennahda's ninth congress, wherein the movement promoted itself as a moderate and centrist Islamic political party. The legislative bill also appears to contradict assurances made by Ennahda's secretary general — the newly elected Prime Minister Hamadi Jebali — that a post-Ben Ali Tunisia would remain neutral towards religion, neither encouraging nor interdicting manifestations of religion. In some respects, Ennahda's definition of moderate and centrist was already on the proverbial fence. By inviting Hamas leader Khaled Mashaal to its historic congress, Ennahda provided a high-profile platform to an Islamic movement that has put off democratic elections while fostering a climate of fear in Gaza where so-called honor killings are condoned, morality police enforce orthodox Islamic customs and non-Hamas-affiliated Muslims and Christians suffer harassment and attacks that go unpunished. Despite Jebali's claim that the state would remain neutral towards religion, In an interview with Le Monde, he asserted — without bothering to seek further clarification or elaboration — that any publication of images of God or Islam's prophets would be "more a provocation than a matter of freedom of expression."

Ennahda's decision to prioritize anti-blasphemy legislation in the face of the country's ongoing and profound economic and social crises is deeply troubling for a number of reasons. First it validates recent judicial travesties in Tunisia resulting in convictions ranging from a fine for disturbing public order and threatening proper morals for screening the film Persepolis to a seven-year jail term for posting pictures of the Prophet Mohammed on Facebook. Second, the move lends succor to Tunisia's Salafists who continue to lash out violently across the country demanding the establishment of a strictly Islamic state, apparently motivated by the slightest perceived provocation — including artwork deemed insulting to Islam.

More generally, the course being mapped by Ennahda fails to comport with Tunisia's international human rights commitments, which obligate the state to safeguard the rights of freedom of expression and freedom of religion or belief. Simply put, criminalizing lack of respect for a religion is incompatible with the Universal Declaration of Human Rights and the International Covenant on Civil and Political Rights. Equally concerning, Ennahda's approach reveals an underlying formulation of religion premised on discrimination and chauvinism, whereby the state protects the religious sentiment of certain select faiths while laying the groundwork for free incitement against others, including Muslim dissenters, secularists, atheists and other non-recognized religious minorities. This approach is also fundamentally at odds with international human rights law, which prohibits discrimination in favor of or against select religions.

The US and other governments that have supported democratic transition in Tunisia thus far can and must take a clear and credible stand against any effort to unduly limit freedom of expression and freedom of religion or belief. In May 2012, the US government made a $100 million cash transfer to the Tunisian government intended to provide the country with short-term fiscal relief. In addition, only last month the US pledged its full faith and credit for the repayment of loans taken out by Tunisia on the international market. Rather than remain silent — as was the case last February when confronted with Malaysia's outrageous decision to deport 23-year-old Hamza Kashgari to Saudi Arabia for the 140-character crime of tweeting about the Prophet Mohammed — it behooves Obama to put Ennahda's vision of democracy to a simple litmus test. If the new leadership in Tunisia insists on curtailing the protections afforded under the "international bill of rights," our political and financial backing of Tunisia's transition must necessarily be halted. If Secretary of State Hillary Clinton is correct, and the world is in fact "sliding backwards" when it comes to guaranteeing religious freedom, there can be no justification for the US underwriting that backslide with its full faith and credit.

Robert C. Blitt is an Associate Professor of Law at the University of Tennessee, Knoxville College of Law, where he teaches international law, human rights, and European Union law. His published scholarship on defamation of religion and other issues is available on SSRN. This article was originally published at The Jurist and is reproduced here with permission.