Religious beliefs should be respected - when rights are not impeded 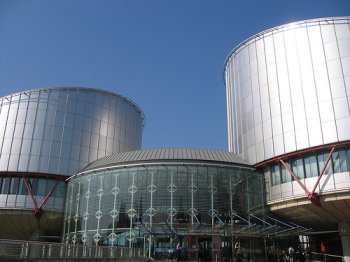 Next week, the European Court of Human Rights will hear four claims against the UK that raise perhaps the most sensitive rights of all: the freedom of thought, conscience and religion guaranteed by article 9 of the European Convention on Human Rights. Although the freedom to hold religious views is absolute, article 9 makes it clear that the freedom to manifest one's religion is subject to certain limitations, including those designed to protect the rights and freedoms of others.

All four claimants are practising Christians who achieved some notoriety when their claims were dismissed by tribunals and courts inEngland. Lillian Ladele lost her post as a registrar of births, deaths and marriages after her employer required her to register civil partnerships. Gary McFarlane was dismissed from his job as a relationship counsellor because his employer believed he would not provide sexual counselling to same-sex couples. Nadia Eweida was suspended without pay by British Airways until her employer changed its policy and allowed uniformed staff to display religious symbols. Shirley Chaplin lost her job as a nurse because she refused to remove her crucifix when her hospital brought in v-necked tunics for staff.

Ladele has secured the services of Dinah Rose QC as her leading counsel – thereby greatly increasing her chances of success – and this piece will be mainly about her claim. Rose stresses that, contrary to the information note published by theStrasbourgcourt, Ladele's case is not based on article 9 alone. That is not because the court's case law on article 9 cases is against her, she explains. It is because her case is based on religious discrimination rather than interference with the freedom to manifest a religious belief.

To understand this, we need to look at article 14 of the convention. Despite the heading 'prohibition of discrimination', article 14 does not introduce a standalone ban. It simply extends the other rights and freedoms in the convention by requiring them to be 'secured without discrimination on any ground such as sex, race, colour, language, religion' and so on.

So Ladele's case is based on article 14 taken with article 9. She does not need to establish a breach of article 9; merely that her claim comes within its ambit. The former registrar says she suffered discrimination in being treated in the same way as colleagues who had no religious belief equivalent to hers and whose circumstances were therefore materially different from her own. That discrimination, she maintains, is not justified as a proportionate means of meeting a legitimate aim. How does she make that case? Ladele has a sincere religious objection to registering civil partnerships. She is unable to reconcile her Christian beliefs with enabling same-sex unions to be given formal legal recognition, which she regards as equivalent to marriage.

Why work in a register office, then? Because when she became a registrar – in 2002, which was 10 years after she joined theLondonborough of Islington – there were no civil partnerships: the law was not changed until the end of 2005. And before the Civil Partnership Act 2004 had even been passed by parliament, Ladele asked Islington not to designate her as a civil partnerships registrar. The council was under no obligation to do so: it simply needed to make sure there were enough to go round. But Islington chose to designate all its existing registrars for civil partnership duties.

For a year or so, Ladele managed to avoid civil partnership ceremonies. But then two gay registrars complained and she was eventually forced to resign. At the end of 2009, the Court of Appeal found against her. Why, then, does she say she was a victim of unjustified discrimination? Islington certainly treated Ladele in the same way as it treated its other registrars. But it did so without regard to the material difference between her circumstances and theirs: the conscientious objections she had, based on her religious beliefs. Such treatment amounts to indirect discrimination unless it can be justified.

And can it? Her argument is that nobody has identified a legitimate aim in designating her as a civil partnership registrar. Nor has there been any analysis of whether the means Islington used to achieve its 'dignity for all' policy were proportionate; she says her conscientious objections could have been accommodated without any adverse effect on the service provided by the council. Far from demonstrating its commitment to diversity and equal opportunities, Islington defeated that commitment by unnecessarily excluding a committed Christian from her job.

That was not what the Court of Appeal thought. It said that Islington's 'legitimate aim' was to minimise discrimination among its staff. 'Ladele's refusal was causing offence to at least two of her gay colleagues,' the court said. Her objection was 'based on her view of marriage, which was not a core part of her religion; and Islington's requirement in no way prevented her from worshipping as she wished'. But this, argues Rose, is confusing aims with means.

Ladele's arguments are opposed by the UK government and in written submissions by the National Secular Society. Both call for a wide margin of appreciation – in effect, discretion for states to do largely as they wish.

This article was originally published by the Law Society Gazette and is reproduced with permission. The blog is reproduced in the interests of the free exchange of information and open debate and does not necessarily represent the views of the NSS.