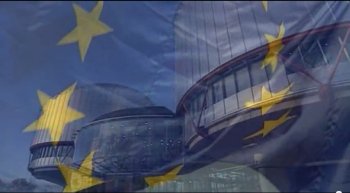 Ireland awaits a September report on its abortion laws by a European Court of Human Rights panel of experts at a time of rising political tensions over the issue and a backdrop of steep declines in the popularity of religion.

In Ireland , 84 percent ticked the Catholic box in Census 2011, while other data indicates that the ability for the church to enforce its doctrines is dropping significantly. How that will affect the nation's no-exceptions abortion laws remains uncertain.

The European panel is currently reporting on Irish abortion laws after a 2010 judgment by the European Court of Human Rights that said the rights of a woman with cancer had been violated because she had to travel outside Ireland for an abortion.

The advisory report will examine the 2010 European Court of Human Rights judgment, which found the rights of women had been breached by failure to allow an exception on the abortion ban in cases that endangered the woman's life.

On the sidelines of the government, the boundaries are clearly drawn between Catholic authorities and pro-choice leaders.

"The decline in interest in religion in Ireland has serious implications for the pro-life movement in the country," said Liam Gibson in a phone interview. He is the Northern Ireland spokesperson for the Society for the Protection of Unborn Children and long-time observer of the religious situation in Ireland , "It is not simply the loss of faith in Irish society which will affect the pro-life message but the change in the culture's view of human life which will be decisive."

Gibson believes, however, it would be wrong to exaggerate support for changes in the law, even though advocates of legalized abortion occupy more positions than ever in the government and the country.

Within the coalition government a large group of the Fine Gael party members, the party with the most seats, have vowed to oppose any liberalizing of abortion, even if the European panel recommends it. The Labour Party, meanwhile, with 37 of the 166 seats in parliament, favors bringing in legislation to allow for abortion when the mother's life is at risk, which many expect will be the Europeans Court 's recommendation.

In a July interview, Kathleen Lynch, minister of state at the Department of Health, said the government may have no choice but to recommend such legislation as part of its membership obligations to the European Union.

In an attempt to play down a possible rift in the governing coalition, Ireland 's Deputy Prime Minister Eamon Gilmore has said it would best to wait for the recommendation on a "sensitive issue" before considering any actions.

Addressing the issue of access to abortion for women whose pregnancies place their own lives in danger, the Archbishop of Dublin Diarmuid Martin recently reiterated the Roman Catholic Church's position.

"The respect for human life from the moment of conception again is a fundamental part of Catholic teaching" he said. His statement was widely quoted in the nation's news media.

Speaking on the other side of the debate, Mara Clarke is founder of the Abortion Support Network, a Britain-based voluntary organization that offers financial support and accommodation to Irish women traveling to the U.K. for an abortion.

"When you make abortion against the law, it does not stop or decrease abortion," Clarke said in a recent interview. She added that the ban makes it "inconvenient for women and couples that have financial resources and it makes the situation desperate for women and couples who don't. Whether or not life begins at conception, the decision is made because they cannot provide the right life -- it is the morally responsible thing to do."

Britain's Department of Health recently reported that the number of Irish women traveling to Britain for a termination has fallen for the 10th consecutive year; to 4,149 in 2011 from 6,673 in 2001.

Clarke, however, said the financial pressures of the recession have helped triple the numbers of calls to her organization to about 30 a month from 10 in 2009.

The Irish Medicines Board has also issued a safety warning about abortion pills after reports surfaced of a growing number of Irish purchasing abortion pills online, some costing as little as $56.

The Irish public has grown alienated from church hierarchy on a range of issues, including married priests and female clergy, found a February survey conducted on behalf of the Association of Catholic Priests, which has offices throughout the country. The survey of 1,005 Catholics in both the Republic and Northern Ireland found 77 percent supporting female ordination, almost 90 percent supporting married priests and more than 70 percent viewed Catholic Church teachings on sexuality as irrelevant to them or to their family.

The survey also indicated that 35 percent of Catholics said they attend Mass weekly. While that level is far less than the 90-percent figures in the 1970s, it is still one of the highest rates in Europe .

Rocked in recent years by sex-abuse scandals and crises in leadership, the Catholic Church in the Republic was found to be in steep decline in an Aug. 7 survey about the proportion of Irish people describing themselves as religious.

Out of 57 countries in a WIN-Gallup global survey on faith and atheism, Ireland ranked 43rd in terms of the population considering itself religious. Based on interviews with more than 50,000 people selected from the various countries, the poll asked participants: "Irrespective of whether you attend a place of worship or not, would you say that you are a religious person, not a religious person or a convinced atheist?"

In Ireland , the results were that 47 percent of those questioned think of themselves as religious, a 22 percentage-point drop since the question was last asked just seven years ago.

Over the same period the proportion of Irish identifying themselves as "a convinced atheist" or "not a religious person," has nearly doubled.

The Catholic cultural reflex, however, is still conspicuous in Irish society. At moments of individual or community mourning, for instance, church authorities still often take a leading role.

Many Irish are adopting the stance of being "spiritual" if not religious.

"We have such a wonderful spiritual tradition, but we are lacking the institution through which we can communicate it," said Pat Coyle, a BBC and RTÉ broadcaster, in an interview. Coyle describes herself as a "faithful dissenter."

Claire McCormack is a writer and reporter based in Dublin, Ireland . A regular contributor to RTÉ Radio 1 Show The God Slot, she covers religious current affairs, women's issues and social trends. This article was originally published in Women's eNews http://womensenews.org/