'Faith' schools are becoming a menace 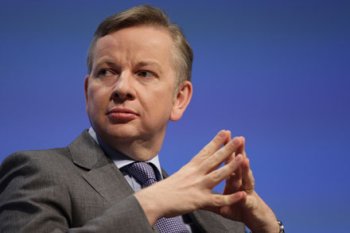 A couple of weeks ago, the Bishop of Oxford — who is the Church of England's spokesman on education — told the General Synod that the expansion of church schools would continue – with another 200 proposed.

He also said that the Church — which, ironically, is dying on its feet — is missing a trick by not using the schools as recruiting grounds. The Church's "mission" he calls it. He demands an upping of the evangelical content of the school day. He wants to turn schools into churches with some kind of educational purpose as a secondary consideration.

He knows that children won't go to church – he admitted that the Sunday School movement is dead. So he proposed to import Sunday school into weekday school – every day of the week, all day long. Let the indoctrination begin.

If this weren't bad enough, there is a suspicion that many of the new free schools run by untested religious groups will be tempted to introduce creationism and other crackpot ideas by stealth into their curricula once they are established.

This in theory is not permitted by the Department of Education but all that is required is one little white lie in the vetting process and then a free school really is free as far as the religious proselytisers are concerned. There are few rules to restrain them.

Worse still is the news that some "faith schools" in England are standing in the way of girls receiving the HPV vaccine that can protect them from cervical cancer in later life.

The reasons schools gave for not giving the jab included "not in keeping with the school ethos", "pupils follow strict Christian principles, marry within their own community and do not practise sex outside marriage" and "the school does not want parents/students to feel pressured by peers or the school setting".

Cervical cancer is the second most common cancer in women under 35, and thousands of women die from it every year.

The behaviour of these schools is simply not tolerable. It is no longer just about ramming dubious religious ideas into children's heads, it is a potentially lethal imposition of their perverted religious dogmas on to children who have no choice but to obey.

Remember, children must attend school by law and so there is no escape once they are in the grip of the religious enthusiasts determined to pass on their beliefs to the next generation. In this setting, children's human rights are severely restricted.

It cannot be right that our education system should be at the mercy of an ambitious, doctrinaire politician who is using it as an ideological experiment with little evidence that what he is doing will actually improve things.

Mr Gove seems quite sanguine about this horrible, unnecessary denial of the right of children to be protected from serious illness and even death. His supposed concern over creationism and other religious abuses is all a veneer.

It is time he — and the Government — stopped being so tolerant of 'faith' schools and started thinking about putting the brakes on their malevolent spread.