Courts rightly tend to stay out of doctrinal religious disputes 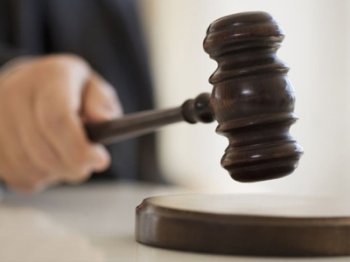 We have become used to the courts getting involved, more or less willingly, in religious issues, not least where religious freedoms conflict with legal rules which are said to be inconsistent with the exercise of those freedoms. But as Adam Wagner pointed out, in an earlier round of this litigation concerning two Sikh places of worship (Gurdwaras), the courts have developed rules stopping themselves from deciding certain cases, not least because the courts recognise they don't know what they are doing once they get themselves immersed in issues of religious doctrine.

On the face of it, the dispute in Khaira (Khaira v. Shergill [2012] EWCA Civ 893) sounds like a tricky legal problem. Is the 9th claimant able to exercise a legal power conferred by the trust deeds of two religious charities concerned with the management of the two Gurdwaras enabling him to remove the defendants as trustees and to replace them with his fellow claimants?

But you do not have to scratch much deeper into the dispute to see where the problems come. The answer to that legal question involves looking at whether the 9th claimant is in the designated line of spiritual succession that entitles him to exercise this power. And this involves, the defendants say, in adjudicating on whether, given that the Gurdwaras promote mainstream Sikhism, the 9th claimant and his followers are outside the mainstream of Sikhism, so that he has no spiritual authority to guide or instruct or to be the spiritual successor of the First or Second Holy Saint as a matter of the practice of that faith.

So where does this judicial shyness and abstention come from? There are a number of areas where the courts say that they should not go. Cases that involve dealings between sovereign states is one good example; the claim in Buttes, a 1980s fight between oil companies which depending on which state had the power to grant a particular oil concession, offended against this rule. The House of Lords quoted the telling words of the US Courts earlier in the same dispute

"The issue of sovereignty is political not only for its impact on the executive branch, but also because judicial or manageable standards are lacking for its determination."

And those lack of judicial standards weighed with the Court of Appeal in the present caseAt [24], Mummery LJ gave a helpful summary of cases which have fallen into this judicial no-mans land:

"R v Archbishops of Canterbury and York ex parte Williamson Court of Appeal 1 March 1994 (no arguable challenge to ordination of women priests….); R v Chief Rabbi ex parte Wachmann….(no ruling by way of judicial review on questions of Jewish law or of the religious function exercised by the Chief Rabbi in deciding that a rabbi was no longer morally and religiously fit to hold rabbinical office); R v. Imam of Bury Park Mosque, Luton ex p Sulaiman [1993] EWCA Civ 36, no judicial review of the decision of the Imam of a mosque on eligibility to vote in an election for membership of the executive committee); R v. Provincial Court of the Church in Wales ex p Williams ….-Latham J – no judicial review of the decision of a court of the disestablished Church in Wales removing a minister for misconduct); Varsani v Jesani…(conditions established for ordering a scheme where there had been a religious schism and the court was concerned with the fate of a charitable trust fund established to promote the faith of a Hindu religious sect, each side in the litigation alleging that the other had departed from the tenets of the faith: not necessary to determine the doctrinal validity of either faction's beliefs, even if that were justiciable); Blake v. Associated Newspapers [2003] EWHC 1960 (QB) (Gray J staying a claim for damages for libel as raising non-justiciable issues whether the claimant was a validly consecrated bishop)…

But the line past which the courts abstain is not necessarily an easy one to draw. As Mummery LJ pointed out,

"The courts do not decline to decide cases about civil rights, such as property and contract, or statutory rights, such as employment rights, just because there is a religious element."

In some interesting reflections on why the judges ought to stop where they do, he added.

Judges are not capable of understanding and deciding everything and it is not their function to do so. Judges are not omniscient. The courts they sit in are courts of law. There are matters on which a court is not competent to speak with authority, because of the limitations inherent in the nature of the judicial process, and therefore should not speak. That is so where the questions are not matters of law at all, such as subjective inward matters incapable of proof by direct evidence or by inference.

And the dispute between Sikhs as to whether one of their number was or was not the spiritual successor fell firmly within this judicial no-mans land.

But was this refusal to deal with the dispute necessarily a bad thing for the parties? The Court of Appeal urged them not to conclude that the courts were letting them down by not deciding their dispute. On the contrary, in recommending mediation or other forms of alternative dispute resolution, Mummery LJ went further

"I would hope that the court is doing them a favour. The costly crudities, the outmoded methods and the unwelcome and often unpredictable outcomes endured in adversarial litigation are to be avoided, if at all possible."

And there speaks a judge with over 20 years experience of deciding cases.

This post by David Hart QC first appeared on the UK Human Rights Blog and is reproduced here with permission and thanks. 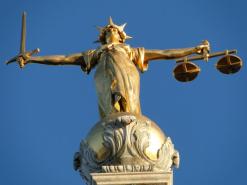 The NSS has written to the justice secretary after its latest complaint about a judge who interpreted Islamic scripture was dismissed.

After attending a seminar held by the Law Society on Islamic rules and legal services, Sadikur Rahman reflects upon the Society's desire to develop its members' knowledge of sharia law in the UK and questions...

Why is the Law Society promoting Islamic rules and legal services?