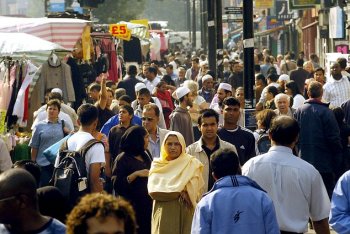 I was absolutely outraged reading the integration policy announced by the Government earlier this year because they use faith to make up for past failed integration polices. Instead of promoting common values, the government is busy "defending the valuable role of faith in public life" and promoting religion as the solution for the moral decline of 'broken Britain'.

Reading through the strategy just put me off. It didn't take me long to know that it was not meant for me or anyone with no faith. It not only discriminates against atheist immigrants, but also risks the accessibility of public services to be distorted by views and values of faith groups. In the end, public services will not be for everyone.

I came to this country two years ago. I have learned a lot and would like to contribute as well. I really want to integrate, to share my experiences and learn from the community around me but I will definitely NOT through this strategy!

It is already a challenge to find common ground as communities from different backgrounds, but we need to be very careful promoting faith and favouring these groups. Some communities see religion as an complete identity and a secure place to belong and use religion as an alternative to the exposure to British culture and the real challenges of integration.

Surprisingly, the only common ground the government could find with migrants was religion. I guess, if this is their bridge to integration, those migrants like myself with no religion, will find ourselves left out of the whole integration game.

Also, getting society together to participate through "faith-based social actions" is confusing. I don't understand why social actions should be faith-based and not just social actions as they actually are. There are many projects that I would love to participate in just as an individual living in my neighbourhood, but the government doesn't want me to. It is handing over participation in our communities to faith groups, and a simple issue like cleaning my neighbourhood or campaigning for my local school could be a religious one.

Even if religious communities can provide a range of free services through their volunteers, it is questionable that such bodies should be responsible for public services. It is time to stop privileging faith groups and allow them the same neutral space as the rest of our community. This country has a long history of charity and volunteering work. Different sectors have been contributing in voluntary ways, therefore, the values of volunteering and giving to others should be the ones promoted as common human values, not divisive religious concepts and missions.

Another brick in this Government's integration policy is to defend the practice of some local councillors to hold prayer sessions at the beginning of government meetings.

While the government is investing effort in defending this practice, it is not clear why this has been included in an integration policy. It is not explained how prayers in council meetings would benefit the 'Big Society' in general, or the council specifically.

It is not only unjustified as it has nothing to do with the council's business, but more over, discriminates against those with no religion and would be uncomfortable for people from different religions. The right to worship is already protected in places of worship and people's homes. There is no reason why it should be compelled in government buildings or during the formal work of the council.

To conclude, promoting integration and the "Big society" project through religion is a risky approach. There is still a ways to go considering the existing tensions within and between different faith communities, let alone those with no religion. It is not the government's business; religious groups can defend their views themselves without government funded initiatives. What we actually need as a society is a properly secular state that provides equal services to everyone regardless of their religion or no-religion. The government should spend its time ensuring that no one is favoured or discriminated against and should promote values we have as human beings, rather than religious groups. This will truly bring people from different parts of our communities together.

Nahla is an environmentalist and human right activist originally from Sudan. She has worked on campaigns in the UK with One Law for All and the Council of Ex-Muslims of Britain and leads the Sudanese Humanists Group.

This article was first published on the Migrant and Refugee Communities Forum website. 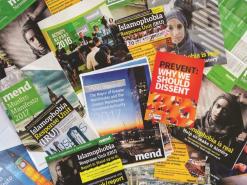 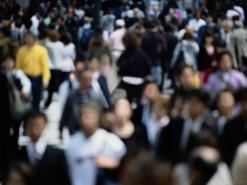