The Catholic Church is trying to flex its political muscle to humiliate Obama – but does it still have the strength? 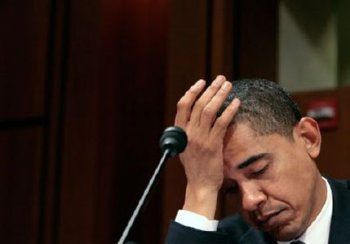 Cardinal Timothy Dolan of New York has ramped up the Catholic Church's politically motivated assault on the Obama administration by accusing the President of "strangling" religious freedom by requiring Catholic employers to provide workers with birth control coverage.

Dolan also called the contraception edict a "horror" to the church a day after he joined a dozen federal lawsuits to have it overturned. "I worry that members of [President Obama's] administration might not particularly understand our horror at the restricted nature of the exemption that they're giving us," Dolan told CBS's This Morning programme. "For the first time, we can remember, a bureau of the federal government seems to be radically intruding on what the term of a church is."

The cardinal's attack on the birth-control mandate has political overtones for Obama, who is trying to hold on to blue-collar and Catholic voters.

Opinion is divided as to whether the Church can persuade its members to vote according to what they're told from the pulpit, but it is clear that the concerted attack on the policy – including a legal challenge – is aimed to demonstrating what the Vatican hopes is its hold over US politics.

So, who is the Catholic Church speaking for when it demands that contraception be taken out of the health insurance equation?

It seems clear that the Church has decided to put on this show of strength for two reasons. The first is to teach the Government a lesson. Mr Obama must be made aware that if he defies the mighty Holy See, he will suffer dire consequences. This also serves to remind other politicians that they had better not upset the bishops when legislative demands are made, or there will be a backlash at the ballot box.

This tactic seems to work as most politicians run scared from the church and continue with the ridiculously subservient attitude to clergypeople.

The second reason is to guilt trip loyal Catholics into supporting the Church against their better judgment. You cannot be a cafeteria Catholic, they are reminded; you can't pick and choose for yourself what you feel is moral or immoral – your job is to do and think as the priest tells you and he does as the bishop tells him and he does what the Vatican tells him.

This may have worked at one time in history, but given that Catholics now seem quite willing to tell the opinion pollsters that they don't support Vatican teaching on contraception or homosexuality, will it work any more?

It will be interesting (and potentially terrifying) if the Catholic Church is able to not only force Obama into retreat but — as one commentator thought possible — destroy him entirely over this issue.

The Vatican is playing for high stakes with this. Let us hope — in its dreadful arrogance — that it has, as the polls suggest, overestimated its chances. Then it will lose face, big time.

And it is not only in America that these tactics are being used, and with the same risks. The Catholic Church's intemperate opposition to David Cameron's proposals for same-sex marriage seeks the same outcome: to tell politicians that if there is a confrontation between religion and politics, religion will be triumphant.

But Britain is not the USA, and the Church has already had one bloody nose over its determination to overturn the policy that demanded equality for homosexuals in the matter of adoption.

Let us hope that this Government will be as resolute as the last one and tell the Church that while they can make their opinions heard, it is our democratically elected representatives that will make the law.