Advertising watchdog threatens to martyr Archbishop Cranmer all over again 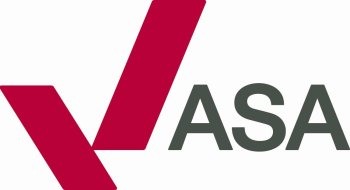 The rather eccentric Christian blogger Archbishop Cranmer is under investigation by the Advertising Standards Authority after he reproduced an advertisement from the group "Coalition for Marriage" which is seeking to thwart the Government's plans to legalise same-sex marriage.

The ASA has said that it has received ten complaints that the advertisement is "offensive" and "homophobic". It demands that the Archbishop explain himself before he is once more sent to the stake.

Needless to say his wit and style is more than a match for the rather authoritarian tendencies at the Advertising Standards Authority, and he has turned the tables on them quite deliciously.

The NSS wants to announce its support for the Archbishop Cranmer blog. Although it disagrees with this blogger profoundly on so many issues, it agrees with him entirely that the Advertising Standards Authority is overstepping the mark and posing a rather sinister threat to freedom of expression.

Let's make it clear before we get into this that the NSS has no sympathy with the aims of the "Coalition for Marriage" – an ad hoc linking of some of the most extreme and unpleasant religious bigots in Britain (see NSS council member Adrian Tippetts' investigation into who is behind C4M). However, in a democracy we believe that they have the right to express their opinion so long as it doesn't incite violence. The fact that some people find those opinions "offensive" is not reason enough to silence them.

And so we stand with Cranmer in his resistance to the ASA's attempt to stop C4M having its say, however much we disagree with it.

It is understandable that some gay people are very sensitive to this kind of opposition to their attainment of full human rights. But it is dangerous to try to stop the debate. We have to remember that for generations gay people were silenced – it was impossible to even mention the word homosexual (or its predecessors) in Britain for centuries. Any attempt to break that silence could result in severe punishment by the law.

Gay people know what it is to be gagged, and it is good that they are liberated now and can make their voices heard. But they must not become the new oppressors, seeking to curtail legitimate debate on a topic of which there is clearly a divergence of opinions. They must make their case in the face of criticism.

As with claims of Islamophobia, it is undesirable to extend the concept of "homophobia" to mean anything that gay people find disagreeable. The gay community has had to overcome real discrimination and persecution in such things as employment injustices and gay bashing – that is real homophobia writ large. But simply disagreeing with the aims of the gay rights movement is not an excuse for censorship any more than is criticising Islam. (Persecuting and discriminating against Muslim people is a completely different thing – quite different to challenging an idea that even its own proponents disagree about).

So we support rational debate. Some would argue that C4M isn't rational because its objections are based almost entirely on the supposed teachings of scripture, but that doesn't matter, censorship should be kept for the most extreme and dangerous situations.

Of course, the NSS has had its own run-ins with the Advertising Standards Authority. We challenged their decisions to ban advertisements from an ice cream company that poked gentle fun at religion. The NSS had a meeting with Lord Smith, chairman of the ASA, to ask that the Code of Practice used by the ASA to reach its decisions should not be interpreted in such a way as to restrict free expression.

The ASA's concept of what is 'offensive' seems to be getting narrower and narrower. It sometimes takes only a handful of complaints to trigger a ban on an advertisement. That is not desirable surely in a free and open society.

Cranmer reproduced the C4M advertisement to illustrate a blog he had written about the topic. In that sense surely it wasn't strictly speaking an advertisement at all – defined in the dictionary as "a paid announcement".

The NSS reproduced the banned ice cream advertisements in order to illustrate our own story on the topic – the story wouldn't have made sense had we not done so.

Cranmer is right to resist the ASA's bullying tone and its readiness to restrict free speech without good reason. We wish him well in his campaign and offer our support if he thinks it appropriate to accept.