There is no persecution or sidelining of Christianity in Britain 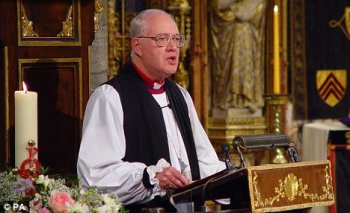 Christianity, says Lord Carey of Clifton, is under threat. The former Archbishop of Canterbury complained recently of "a deliberate attempt ... to get rid of Christianity as a public faith". Eric Pickles, the Communities Secretary, declares that "Christianity plays an important part in the culture, heritage and fabric of our nation". David Lammy, the Labour MP, claims that aggressive secularism is taking over the UK.

You might infer that Christians in Britain are persecuted. Yet these interventions were sparked by nothing more draconian than a High Court ruling that a local authority lacked statutory powers to hold prayers during council meetings. The National Secular Society, which brought the case, deserves credit for this small blow for constitutionalism and clear thinking about the relation between Church and State.

Lord Carey's complaint hinges on a sly elision of a crucial distinction. No one is objecting to Christianity's status as a public faith: the issue is whether it should be a civic faith. In a free society, it can't be. What binds us is common citizenship under the rule of law, not what any of us happen to believe about a Jewish apocalyptic preacher in first-century Palestine.

The role of government is to defend religious liberty — the freedom of assembly, conscience and worship — while being indifferent to the content of people's beliefs. As Thomas Paine put it in Common Sense: "As to religion, I hold it to be the indispensable duty of all government, to protect all conscientious professors thereof, and I know of no other business which government hath to do therewith."

If municipal politicians find inspiration in prayer, they are at liberty to pray. But it should be in their own time and not interfere with their public duties. Contrary to the claim of an excitable Conservative MP, after the court ruling, that "secularism is a creed, a belief in its own right", it is merely an insistence that there be no religious test for public office. That is an established principle of American constitutionalism, enshrined in Thomas Jefferson's Virginia Statute for Religious Freedom. It is also a noble part of Britain's history, exemplified in the repeal in 1828 of the Test and Corporation Acts, which had barred non-Anglicans from office.

Mr Pickles's assertions about the historical role of Christianity are a monumental non sequitur: there is no secularist campaign to bar Christians from participating in the nation's affairs. Those who wear a clerical collar do not have to remove it to share the liberties of fellow citizens; but they have no right to a special say. If Mr Pickles wishes to see how other societies do things differently, Iran might profitably be his first port of call.

(Oliver Kamm is a leader writer for the Times, where this article was originally published)