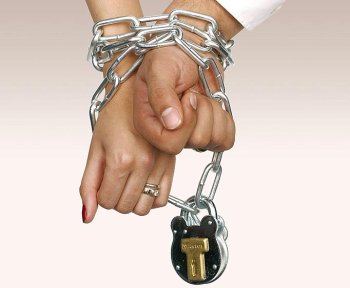 Women in the UK are being forced to get married with threats and violence. Children under the legal age of consent for marriage or sex are also being forced to marry - and most of them are girls.

Four hundred children were helped by the government's Forced Marriage Unit (FMU) in the last year - the youngest was five years old.

Worldwide, it is estimated that one in seven under fifteen year old girls is forced to marry according to the report Breaking Vows.

In 2011 the FMU dealt with around 1,500 cases of forced marriage of girls and women, but many more are thought to go unreported. In the UK, the highest incidence of forced marriage is among South Asian communities. In some cases, girls and women are taken abroad without knowing what awaits them. The FMU is aware of cases from Afghanistan, North and East Africa, Bangladesh, India, Iran, Iraq, Pakistan, Turkey.

In 52% of FMU's 2011 cases, victims were taken to Pakistan. Although forced marriage is predominantly a problem in the Muslim community in the UK, it also happens to Hindus and Sikhs.

Currently, it is not illegal to force anyone to marry. Forced Marriage Protection Orders (FMPO) were introduced in 2008 for England, Wales and Northern Ireland under the Forced Marriage (Civil Protection) Act 2007. These protect anyone who is at risk of being forced into marriage or who has been forced to marry. Breach of an FMPO is not a criminal offence, it's dealt with as a civil contempt of court and the county courts can impose a custodial sentence of up to two years. In Scotland the breach of an FMPO is a criminal offence punishable by prison.

David Cameron wants the law to go further and held a public consultation on making it a criminal offence to force anyone to marry against their will in England and Wales. He said people should not "shy away" from addressing the issue because of "cultural concerns".

In almost every culture, women have been seen as belonging to their male relatives at some point in history. They have been married off (handed from one man to another) to cement alliances, end wars or disputes, to consolidate territory or to get immigration visas. Royal or noble women and girls were used as strategic bargaining chips until comparatively recently in the West.

Although forced marriage has strong cultural origins, it is often supported and even justified by religion and cannot be entirely disentangled from it. While some religious leaders speak out against it, many endorse it either explicitly or tacitly. It is significant that the majority of cultures that still practice forced marriage are also Muslim.

If women are not taken abroad, they are often married by sharia courts in the UK - sometimes without them even being present. Under this law, a woman's word is worth half her husband's, she can be beaten and raped with impunity, and has no rights at all over her marriage or her children. Under-age girls may be threatened or abused into keeping silent; they may not know that UK law is being broken by using sharia this way or that the FMU exists.

Women who want a divorce from an abusive forced marriage are told by imams to go back to their husbands and put up with the abuse. If they are allowed to divorce, the sharia court charges them twice as much as a man.

The consultation asked whether anyone who knew that an order had been breached but did nothing should also be liable to prosecution. However, some family members may be afraid to speak out - particularly women who may themselves be victims of forced marriage.

There are arguments against changing the law - for example that a change may result in more victims being taken abroad, that there may be more pressure not to report cases because a criminal record for a family member may result, and that kidnapping, false imprisonment, child abduction, assault and threats to kill are already illegal, along with non-consensual sex (rape) and sex with under-age children. However, these laws are either not sufficient or are not being applied.

In 2009, the BBC reported that some schools and local authorities are non-responsive and failing to intervene because "they dismiss forced marriage as a cultural issue or fear a backlash from powerful figures in minority communities".

There are two root causes of this abuse being perpetuated and of the lack of public awareness. The first is underlying cultural misogyny, the kind of misogyny that means we still have shamefully low rates of prosecution for rape in the UK as well as the kind institutionalized by orthodox Islam.

The second cause is so-called multiculturalism, allied with post-modern cultural relativism. This aspect affects the 15% of forced marriage cases investigated by the FMU that involved men.

We are still squeamish about criticising other cultures and religions for fear of being accused of racism or Western imperialist thinking or other lame excuses about values being relative and all truths being equal. It's the victims of forced marriage who need sensitivity, not the cultures themselves. The same applies to victims of religious caste discrimination and female genital mutilation in this country.

Defending human rights means that they must apply universally. Feminism means looking out for all women. And child abuse is a crime in any culture.

In case we feel that this is a problem only for 'backward' cultures, the marital rape exemption was abolished in England and Wales only in 1991.