Are some Christian politicians deliberately trying to mislead us – or are they just ignorant of the facts? 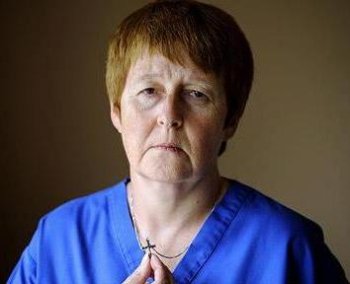 In a parliamentary question last week, Karl McCartney, the Conservative MP for Lincoln, asked the Minister for Women and Equalities, Lynne Featherstone, "if she will bring forward legislative proposals to protect workers who choose to wear a visible cross or crucifix."

Ms Featherstone was forced to repeat what some Christians seem unable – or perhaps unwilling - to understand: that there is no law that prevents the wearing of a cross or other religious symbol at work. She said:

"There is nothing in domestic law that denies people the right to wear visibly a religious symbol such as a cross or crucifix while at work. Employers need to have proportionate and legitimate reasons—for instance in order to comply with health and safety requirements—if they want to restrict their employees from openly wearing any religious item.

"We believe that domestic law already strikes the right balance between the rights of employees to manifest their faith and that of employers to place legitimate and appropriate restrictions on that freedom. There are no current plans to change the law in this respect."

The myth that there is a ban on crucifixes or crosses in the workplace is now so deeply embedded in the national consciousness that even MPs - who are supposed to be informed on such issues - think that such a ban is in place. We are beginning to wonder whether these parliamentary questions are being asked to reinforce the lie rather than to get to the truth.

As a libertarian, I was deeply shocked to watch the sad story of the British bed and breakfast couple being prosecuted for refusing a homosexual couple hospitality in their own home. Not a hotel, big or small, but their own home. I wondered how it could be possible in what used to be the most liberal of societies that this could somehow be a criminal offence. Even under the most appalling fascist, communist or theocratic junta this would be considered extreme.

Bear in mind, if you will, this couple had strong religious convictions - unmarried heterosexual couples were not welcome in this couple's home.

Not a hotel? This couple – Peter and Hazelmary Bull – have a home called Chymorvah Hotel but, according to Mr Godfrey, it is not a hotel? That is an outright lie, told, I suspect, to mislead those in Europe who do not know the details of this case. This is not a private home, it is a commercial operation and as such it falls under the laws governing discrimination.

Mr Godfrey's other claim that the Bulls did not permit heterosexual unmarried couples to sleep in double rooms is also untrue – as National Secular Society council member Ray Newton discovered when he checked in to a room with a double bed with his partner – to whom he is not married – under different names with no problem whatsoever.