Red tape is OK for Christians, it seems 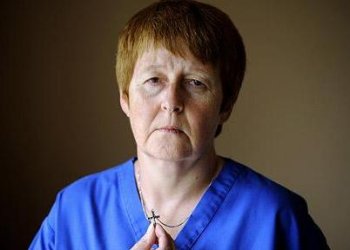 According to several news sites around the world, the British government is about to ban the wearing of crosses at work. Even the Scotsman, which I usually think of as a serious newspaper, screamed "Outrage at move towards banning Christian crosses from workplace".

Of course, the government is doing nothing of the sort, though you'd be hard pushed to find any rational discussion of this case in most of the newspaper reports. Try doing a news search. It really is quite depressing.

Here is the root of the story.

After being told they could not wear crosses at work, and having lost their cases against their employers in the UK courts, Nadia Eweida and Shirley Chaplin took their fight to the European Court of Human Rights, which will deliver its judgement sometime in the next few weeks. According to the Telegraph, which claims to have copies of leaked documents, the government intends to oppose their case. This has been spun, remarkably quickly, into a government attempt to victimise Christians (yes, that again) by denying them the right to wear crosses at work.

It's all complete rubbish.

In fact, there is no specific right to wear anything to work. Employers have a right to impose a reasonable dress code and, as Clare Murray explains, almost every attempt to challenge it has failed. Even when employees have brought cases on the grounds of sex discrimination they haven't had much luck. A woman who challenged employers rules on wearing skirts and a man who challenged the requirement to have short hair both lost their cases.

So the employer's right, within reason, to tell employees what they can and cannot wear is well established. Women have no right to wear trousers, men have no right to wear pony tails and no-one has the right to wear jewellery, not even a cross, if their employer has a good reason for asking them not to. Eweida, Chaplin and their supporters are not fighting to defend some ancient right, they are fighting to create a new one – the right to special treatment based on their religious belief. The government's lawyers are simply defending the status quo.

Furthermore, the right that Eweida et al are trying to create would make the definition of religious belief a lot more complex. The government maintains that wearing a visible cross is not a requirement of the Christian faith and is therefore not covered by Article 9 of the European Convention on Human Rights, which protects freedom of belief and conscience. Eweida and her supporters argue that it is not for the government to say what is or isn't a requirement of their faith.

Which sounds reasonable until you think through the implications. If anyone can define their religion or belief, and the behaviours and symbols attached to it, in any way they choose, anyone could demand anything. The right of employers to set dress codes or require the attendance of employees on certain days would be severely undermined. If I claim that my Christian sect's interpretation of Easter always happens to fall on the three days of the Grand National, does my employer have to give me that time off every year? OK, I'm being facetious but you can see where this might lead. A victory for Nadia Eweida and her supporters would muddy the waters on religious discrimination and create a new headache for employers.

Which is why I find it rather strange that those who are most vocal in their support of Nadia Eweida are, for the most part, the same people who keep banging on about the need to remove red tape. Should she win her case, it will create a whole new grey area around the rights of employers versus the right of those with deeply held beliefs to demand special treatment. A grey area that will only become clear when tested by further case-law. This is likely to make employers even more risk averse when dealing with the variety of religions we now find in most workplaces. That means more policies, more complexity and more HR people saying to managers, "I wouldn't do that if I were you." In short, more red tape.

The government is not seeking to deprive Christians, or anyone else, of a right they once had. Nadia Eweida, Shirley Chaplin and their supporters are attempting to create new workplace rights for Christians and, by extension, for the followers of other religions and beliefs too. Oddly, they are being supported by people who are usually dead set against red tape of any kind. The same people who want to withdraw employment protection for most workers want to extend the workplace rights of the religious few. Even for those who claim to despise regulation, red tape, it seems, is fine when it protects the things they like.