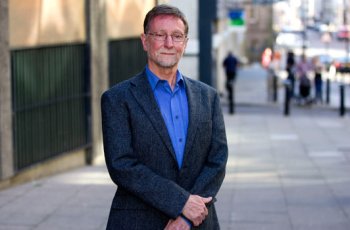 A familiar pattern emerged this week in the latest "Christians are being persecuted at work" case to reach an employment tribunal.

The Daily Mail and the Daily Telegraph introduced us to Dr David Drew, who worked in the paediatric department of Walsall Manor Hospital until he was sacked in 2010. According to the Mail's headline: "Christian doctor 'sacked for emailing a PRAYER to hospital colleagues to raise their spirits'".

It was the usual farrago of distortion and partial reporting. We had to wait for the second day of the hearing to get another side of the tale, this time from local newspapers that are less inclined to leave out inconvenient details. At this point the Mail and the Telegraph lost interest in the story.

When Sue James, current chief executive of Derby's hospitals was called to tell her side of events, she revealed that Dr Drew produced a "toxic environment" at the hospital by constantly raising complaints against his co-workers.

She said: "Dr Drew did use religious terminology in communication, [but] for us it was part of a much broader range of recommendations... There was never any suggestion that this was an improper thing to do."

Mrs James said: "For two and a half years we had a relationship that wasn't working."

A subsequent investigation into Dr Drew's conduct after making the claims – which he alleged included children being sexually assaulted on the ward – resulted in an independent review being carried out. Dr Drew was then dismissed in 2010 after refusing to accept one of the review's recommendations ordering him to "refrain from using religious references in his professional communications, verbal or written".

Dr Drew e-mailed a prayer to colleagues to try to "motivate his department". But Mrs James told the Birmingham employment tribunal that Dr Drew's religious references were "highly marginal" in the investigation. She told the hearing: "It was about the verbosity and length of his e-mails. He deconstructed every sentence and sent it to so many people."

The tribunal heard that, after Dr Drew made his claims, Walsall Healthcare NHS began an internal investigation. Mrs James said she was soon being sent numerous e-mails from Dr Drew complaining about the report's findings. She said: "I was the chief executive running the hospital and David was taking up one day of my personal time a week. We needed to move forward."

The trust then asked an independent review board to investigate further. The board drew up a list of recommendations for both the hospital and Dr Drew which, if agreed, would be followed up by apologies from both sides. Mrs James said: "I was passionate about wanting that reconciliation."

But the tribunal heard that Dr Drew refused to accept the recommendation. Mrs James said: "Dr Drew's lack of insight into how his behaviour was affecting the whole department was the highest risk going forward. I invited him to a meeting and he said he would not meet without me accepting his pre-conditions. It was producing a toxic environment in which the whole department was sinking. I was a manager at the end of my tether."

See also: Muslim sacked from phone shop for having a beard