Why Trevor Phillips owes the NSS an apology 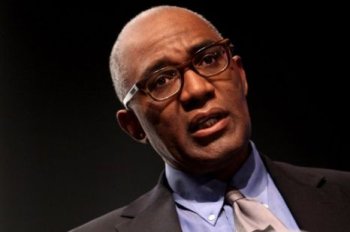 Last week, Chair of the Equality and Human Rights Commission (EHRC), Trevor Phillips, wrote an article in the Sunday Times in which he expressed concern about the way in which the Human Rights Act is being abused and, as he put it, "used in ways which any reasonable person would describe as thoroughly bonkers".

He said, as an example, that the NSS was using the Act to "prosecute the councillors". This is not true: nobody is being prosecuted. This is a judicial review, not a criminal prosecution. Its purpose is to test the law, not bring people to justice. The head of a taxpayer-funded body should know the difference.

Mr Phillips then went on to say that we were "prosecuting" these councillors for saying prayers before council meetings. Again, this is simply wrong.

The judicial review initiated by the NSS is to establish whether or not the saying of prayers during council meetings is lawful as part of the official business which all Councillors are expected to attend. Prayers before meetings are not being challenged. Indeed, we suggested prayers before meetings as a compromise – the very action Phillips is wrongly lambasting us for.

Phillips emphasised the Council in the test case involved "a small town in Devon", dismissing the action as "parochial". Yet if the case is decided in our favour it would directly apply to the majority of local authorities in England and Wales, as most currently conduct prayers during their meetings.

The NSS only became involved with Bideford after being contacted by a local Councillor on its town council who felt his rights as a non-religious member of the Council were being infringed by the inclusion of worship on the formal meeting agenda. We only proceeded after leading solicitors and barristers advised the NSS that the practice of a local authority conducting prayers during meetings was likely to be unlawful. In granting permission for a judicial review, the High Court agreed the case was one with a realistic prospect of success and a matter of public importance – indeed the Judge in Charge of the Administrative Court heard it himself.

Trevor Phillips considers the action "nonsense on stilts" but many others clearly recognise the importance of ensuring that local democracy is welcoming to all elected representatives, regardless of their religious beliefs or lack of them.

The right to practise, or not practise, a religion is recognised by the European Court of Human Rights and as such, the NSS considered this principle worthy of defence and protection. Furthermore, seeking legal remedy in the law is a fundamental human right. It is astonishing that the Chair of the Equality and Human Rights Commission thought it reasonable to attack the NSS for exercising it.

The NSS wrote to Trevor Phillips on Monday, requesting a correction as both errors were repeated by the Sunday Times in a second article and in the Daily Mail, giving them even wider currency. Despite this, the following day the EHRC sent an email to stakeholders recommending that they should read the inaccurate article which attacked the NSS – who are in fact, one of their stakeholders.

Phillips's reply was neither an acknowledgement nor an apology for the factual errors on which his numerous disparaging (and widely-circulated) remarks were largely based. Instead, he complained further: "disproportionate engagement of human rights law in matters that should be settled in some other way", and "potentially creat[ing] further misunderstanding amongst public bodies about how they need to comply with legislation". This ignores the fact that, before taking legal action, the Councillor and the NSS offered two compromises to the Council, both of which it intransigently rejected; how else could it be settled? And what more could be done to clarify the meaning of legislation other than mounting a Judicial Review? And this is not just about Human Rights. Our advice suggests that these prayers contravene the Local Government Act.

This is the latest in a series of actions that fundamentally undermine the supposed neutrality of the EHRC. It has a statutory remit to promote and monitor human rights; and to protect, enforce and promote equality across the nine 'protected' characteristics, which include religion and belief. The law is clear that 'belief' in this context includes having no religious beliefs. However, it has become increasingly clear that for Phillips, the rights of the non-religious are less worthy of attention – if they figure at all.

For example, during the passage of the Education Bill, the EHRC obtained legal advice from Counsel which fully endorsed our contention that the employment discrimination in 'faith schools' goes beyond what is permitted by EU employment laws. Phillips sat on the advice for months while the Bill made its way through Parliament, and it was only though pressure from the NSS that it saw the light of day and was deposited in both Parliamentary libraries.

In an interview with the Sunday Telegraph earlier this year Phillips made the astonishing statement that "our business is defending the believer" – even, it seems, if this is to the detriment of others. The Commission's decision to intervene at Strasbourg to support the case of Ladele (the registrar who was sacked for refusing to carry out civil partnership ceremonies) and the other cases of Eweida, Chaplin and McFarlane serves to highlight that the EHRC seems determined to sacrifice the rights of others to religious demands.

Only after their decision provoked fierce criticism did the EHRC reverse their position and opt to support just two of the cases. The NSS is the only organisation to have intervened to support the rights of non-believers in all four judgments, as the Government has also done.

Earlier this year, Phillips remarked that religious identity is an essential element of being a fulfilled human being - a remark which casts an interesting light on his intemperate and unfounded attack on the NSS.

But there is a wider point here. He is head of a commission which – like the European Convention on Human Rights – exists to protect the legal rights and interests not only of religious people but of non-religious people too. It is increasingly hard to understand how someone with his views is able to carry out this important job with the impartiality and good judgement it so manifestly requires.