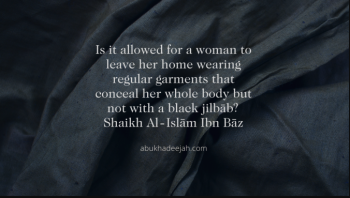 The National Secular Society has welcomed a decision to ban a former faith school proprietor after he published hateful sermons about women and gay people.

The Department for Education today announced Waheed Alam, also known as Abu Khadeejah, has been prohibited from managing schools for engaging in conduct that is "aimed at undermining the fundamental value of individual liberty".

Alam is the former proprietor of Redstone Educational Academy, an independent Islamic school in Birmingham.

The DfE said Alam produced a number of online sermons and articles between 2015 and 2019 which "fail to show tolerance of, and respect for, the rights of others".

This includes material expressing views that seek to "restrict the activities of women" and "denigrate and demonise gay men".

Alam's views came to light during an Ofsted inspection in 2019, as part of Redstone Educational Academy's move to register separate boys' and girls' schools.

Redstone Educational Academy had been segregating boys and girls within the same school despite a 2017 judgement finding such segregation to be unlawful discrimination.

Ofsted said Alam's views are "well known, published widely and pupils are more able to access them as the proprietor is known to them".

He also said Muslim scholars "state that homosexuality comes about due to a corruption of the natural state which can be triggered by various events", including "school indoctrination of children from an early age that goes against nature, health and wellbeing".

In a 2019 sermon he said women should not leave the home without permission from their husband or father, and that the ways of Western women are worse "even than the beasts".

Redstone Educational Academy also failed its inspection in 2020 after Ofsted found boys at the school were "treated favourably", "have more privileges" than girls and "enjoy school more than girls".

In the 2019 inspection, Ofsted said the school "has a history of failing to meet standards since 2014".

NSS head of campaigns Megan Manson said: "It is shocking that the proprietor of a school in the UK could openly publish these hate-filled sermons that contradict the fundamental values schools are meant to teach: equality, liberty and tolerance.

"It's not hard to see why this school has a substantial history of failure – particularly in regard to discrimination against female pupils.

"Ofsted must continue to take action to protect the rights and welfare of the children at the school. If the school cannot prioritise pupils' educational needs above archaic and fundamentalist religious dogma, it must be closed down."