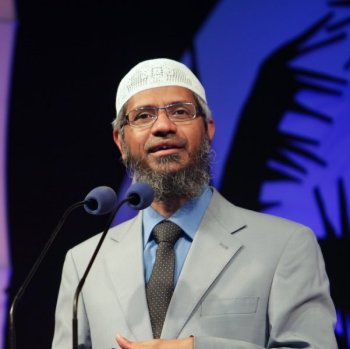 The Charity Commission for England and Wales ordered Islamic Research Foundation International (IRFI) to be dissolved after an inquiry found it had funded TV programmes which incited violence and murder.

IRFI was removed from the charity register earlier this month.

In 2020 the commission opened a statutory inquiry into the charity, which aimed to advance the Islamic faith by funding the Peace TV network. It also appointed an interim manager to "consider the future viability" of IRFI.

IRFI was registered under the charitable purpose of 'the advancement of religion'. Its remaining funds of £57,950 have been transferred to three charities with "similar objects".

The inquiry found IRFI's trustees had mismanaged the charity by continuing to fund Peace TV.

Between 2015 and 2020, 96% of the charity's expenditure, amounting to around £3.6 million, was granted to Universal Broadcasting Company, the parent company of the Peace TV channels' two licence holders.

Some of the charity's trustees had been directors of companies within this group structure whilst also acting as trustees of the charity, the commission found. The inquiry saw no evidence that conflicts of interest were appropriately identified and managed.

The former chair of IRFI's listed trustees, Zakir Naik (pictured), was also a regular preacher on Peace TV. He has been banned entry to the UK over security concerns. He was disqualified as a trustee in 2019 and barred from holding senior management functions in any charity in England and Wales.

The NSS has repeatedly raised concerns about IRFI since 2018, when it questioned Naik's involvement with IRFI in a letter to the commission.

In 2019 the NSS found that the commission had received five complaints about IRFI in the last nine years.

It also raised IRFI's record in its 2019 report For the public benefit?, which calls for reform of charity law to remove 'the advancement of religion' from the list of charitable purposes.

The NSS has referred other charities to the commission for promoting extremism. Last year it reported two Islamic charities to the regulator after pro-Taliban and antisemitic sermons were found on one of the charities' websites.

NSS head of policy and research Megan Manson said: "The commission's decision to close down this charity is a victory against Islamist extremism.

"Charities have a duty to provide a public benefit. An organisation like IRFI that promotes such extreme hate and violence should never have been allowed on the charity register, and benefit from all the tax breaks given to charities, in the first place.

"Unfortunately, we know there are still charities registered under 'the advancement of religion' which promote extremism and hatred. Our evidence suggests this charitable purpose can be used as a cloak enabling fundamentalists to promote their extremist views.

"We therefore call for the charitable purpose of 'the advancement of religion' to be reviewed as a matter of urgency. Charities must not be allowed to undermine public safety, community cohesion or the charity sector".